The Prose of the Mountains

The stories of the Caucuses reverberate with the ancient lands over which people have fought and suffered and died for millenniums. They are tales infused with the natural beauty of the indomitable gorges and ravines illuminated by the radiance of the blue sky and the deep greens of the forest, but above all the mountains. Mountains formed long ago, volcanic mountains like Ararat and mountain chains like Qazbeg, from whence comes this author. 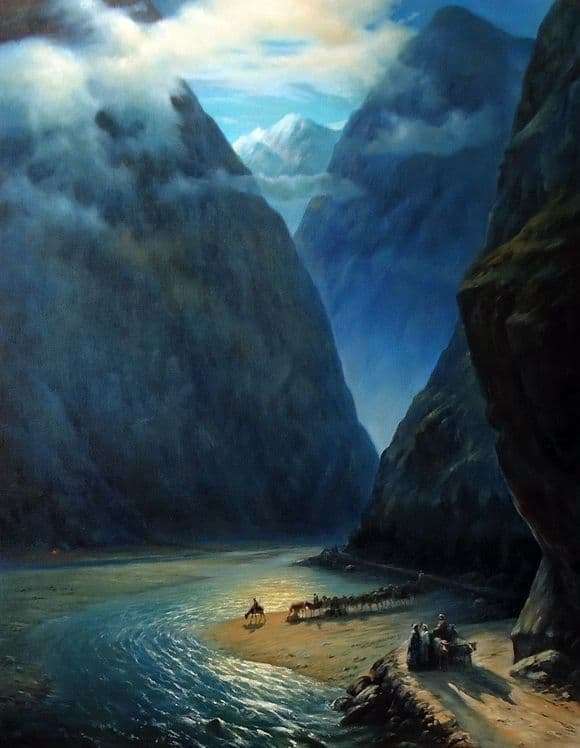 The mountains. Qazbegi from the mountains was a Georgian poet and prose writer. Born of a noble Georgian family, he lived a life of privilege ending in Moscow for studies until his father died, plunging the family into poverty and forcing his perfunctory return to Georgia. There, instead of rejoining the life of patrician he became a shepherd, learning the suffering and sacrifice of the high people before returning to write about it. Qazbegi’s work is an act of rebellion. He makes common cause with the Chechens (linguistic cousins to the Georgians who nevertheless do not share of the same faith) in their struggles against the Russians. His works seethe with issues of injustice and upheaval. His most famous book, “The Patricide”, is the novel that radicalized Joseph Stalin – the Georgian bank robber who became a world-class dictator.

“The Prose of the Mountains” is not as epic; short stories in the life of a shepherd seeking to move his sheep despite the depredations of the Russian overlords and their Cossack thugs. Of star-crossed lovers – Chechen and Georgian – seeking to find a way to be together in spite of the expulsion of the Muslims from their ancient lands; tragedy on the paths south to Istanbul. Of defense of mountain strongholds against the grasping avarice of petty despots. The mountains. For is it not even Biblical? “I will lift up mine eyes unto the hills, from whence cometh my help.” – Psalm 121.

This simple novel provides great insight into the emotions and ideas of a people, ancient and inhabiting a land as old as the story of Jason and the Argonauts. It is a story of a beautiful land of joy and suffering, drenched in so many tears and so much blood that it somehow speaks; but when it does it is in a murmur of quiet reverence.

Joel D. Hirst is a novelist and a playwright. His most recently released work is "Dreams of the Defeated: A Play in Two Acts" about a political prisoner in a dystopian regime. His novels include "I, Charles, From the Camps" about the life of a young man in the African camps and "Lords of Misrule" about the making and unmaking of a jihadist in the Sahara. "The Lieutenant of San Porfirio" and its sequel "The Burning of San Porfirio" are about the rise and fall of socialist Venezuela (with magic).
View all posts by Joel D. Hirst →
This entry was posted in Book Review, Literature, Uncategorized and tagged caucuses, Georgia, Literature. Bookmark the permalink.

1 Response to The Prose of the Mountains