To Talk of Many Things… (Vol. #5 – Unalienable Rights and Nouveau Marxists)

“But wait a bit,” the Oysters cried,
“Before we have our chat;
For some of us are out of breath,
And all of us are fat!”

There is a case to be made by philosophers and historians that the greatest right held by man is that of property. “Life, liberty, pursuit of happiness” all as a mechanism to accumulate our properly conceived idea of property – property as our best protection from despots small and large; tyrants upon gilded thrones or in committees; holding scepters and orbs or little clipboards as they penetrate our homes in the tireless hunt for violations which can be punished.

So why then was that not written into the Declaration of Independence? “The Greek word for ‘happiness’ is eudaimonia.  In the passage above, Locke is invoking Greek and Roman ethics in which eudaimonia is linked to aretê, the Greek word for ‘virtue’ or ‘excellence.’ In the Nicomachean Ethics, Aristotle wrote, ‘the happy man lives well and does well; for we have practically defined happiness as a sort of good life and good action’,” writes Carol Hamilton; and therefore, “Properly understood (…) when John Locke, Samuel Johnson, and Thomas Jefferson wrote of ‘the pursuit of happiness,’ they were invoking the Greek and Roman philosophical tradition in which happiness is bound up with the civic virtues of courage, moderation, and justice.”

As Greg Knittel, professor of history at De Anza College in California explained, there is also a case to be made that Jefferson did not include property in the declaration because the southern states understood that loaded word as a code for slavery and therefore in doing so would have enshrined the very thing he knew would be antithetical to a free republic; but nevertheless punted the issue to future generations after the republic had been sufficiently consolidated to be strong enough to deal with that existential southern problem.

Unalienable rights. Right to life, liberty, property… – but what about my right to play and to recess and to day care and to a forty-hour work week? My right to enter a safe space cushioned from inconvenient truths…? or to my ‘culture’ (code for non-western culture, I defy you to try to use UNESCO to defend a public seminar on Winston Churchill)? My right to a job and water and a house and food and day-care and health care and secondary school and university? Simply put, these are not rights as conceived by great thinkers, these are entitlements enshrined by bureaucrats. They are not unalienable but are in fact the results of negotiations between (ideally) free peoples and their states as to the nature and scope of government. And there are no wrong answers, necessarily. If a state wishes to provide a universal basic income, can afford it, and arrives at this decision through a process which preserves the basic rights of its citizens, that is their business. However labeling these things as ‘rights’ is a bait and switch, a Trojan horse for the tired old principles of Marxism again peddled in our public arenas. Designating these social policies as rights requires the construction of the massive states and the violation of unalienable rights and demands the suffocation of local cultures and mores and systems of community government and conflict resolution developed by free people in community. And it results in the forfeiture of property. (Remember states do not create money; everything they have is taken from us – be it through printing of inflationary money {an insidious tax on the next generation}, new debt {a mortgage on the future of our children and our children’s children, who will be saddled with its repayment} or taxation {direct forfeiture of money from the citizen}). 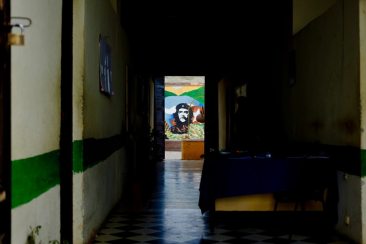 So why the rights inflation? Why are so many of the world institutions unhappy with the basic rights as enshrined by our basic treatises – and the ones which have given us ‘life more abundant’? Its because most institutions of our global order have been infiltrated by nouveau Marxists (they call themselves socialists now). Oh, this is not a conspiracy theory; it is openly stated. While the ancient idea of a proletarian revolution is passé, there is a new Marxism which has gained traction; instead of class warfare, it demands a warfare of the oppressed. Instead of “Workers of the world unite!” its slogan is “Aggrieved of the world unite!” (you can read about the whole plan here in my mini-opus, if you should so desire). The new plan, unlike the old idea of violent revolution, is incremental – Gramscian in its methods: “Socialism is precisely the religion that must overwhelm Christianity. … In the new order, Socialism will triumph by first capturing the culture via infiltration of schools, universities, churches and the media by transforming the consciousness of society.” If you are curious why Keynsian socialist economics is ‘mainstream’ at the IMF while the Austrian ideas of Friederich Hayek are unknown – or why there are very few United Nations resolutions on the rights of Christians in Iraq or the Sudan, or why the Food and Agriculture Organization (FAO) has given famine-ridden Venezuela an award for food security (no, not a joke) you only need to understand the Gramscian new religion which has its utopianism grounded now in the international organizations. Naturally I am not doing this justice; the best book on this subject is “The Debasement of Human Rights” by Dr. Aaron Rhodes, a cold warrior and human rights defender who cut his teeth and became old fighting soviet socialist infiltration of our global human rights institutions: infiltration which was not extinguished in the fires of the Cold War but still exists in the persistent hopes of utopia beyond the bread lines.

Incidentally, and on a more personal note (writing now as a theologian), this is why they object to faith – for faith tells us, as Ecclesiastes has said, that things are out of human control – there will be no utopias. “When times are good, be happy; but when times are bad, consider this: God has made the one as well as the other. Therefore, no one can discover anything about their future.” Only honest living before God matters. “Now all has been heard; here is the conclusion of the matter: Fear God and keep his commandments, for this is the duty of all mankind. For God will bring every deed into judgment, including every hidden thing, whether it is good or evil.”

Recently the State Department has announced the creation of a new “Commission on Unalienable Rights” – bi-partisan in nature and created to attempt to push the Trojan horse back onto the beach. “Its members will address basic questions: What are our fundamental freedoms? Why do we have them? Who or what grants these rights? How do we know if a claim of human rights is true? What happens when rights conflict?” How to rescue our self-evident rights from the morass of nouveau Marxism. A worthy project, if ever there is one; and one which, like all worthy endeavors, is bound to meet the resistance of those who see their planned utopias beyond the next confiscatory resolution.

My recommendation? They should all get a free copy of Rhodes’s book.

Joel D. Hirst is a novelist and a playwright. His most recently released work is "Dreams of the Defeated: A Play in Two Acts" about a political prisoner in a dystopian regime. His novels include "I, Charles, From the Camps" about the life of a young man in the African camps and "Lords of Misrule" about the making and unmaking of a jihadist in the Sahara. "The Lieutenant of San Porfirio" and its sequel "The Burning of San Porfirio" are about the rise and fall of socialist Venezuela (with magic).
View all posts by Joel D. Hirst →
This entry was posted in Liberty, philosophy, Uncategorized and tagged Communism, human rights, Socialism. Bookmark the permalink.

1 Response to To Talk of Many Things… (Vol. #5 – Unalienable Rights and Nouveau Marxists)