“A loaf of bread,” the Walrus said,
“Is what we chiefly need:
Pepper and vinegar besides
Are very good indeed…” 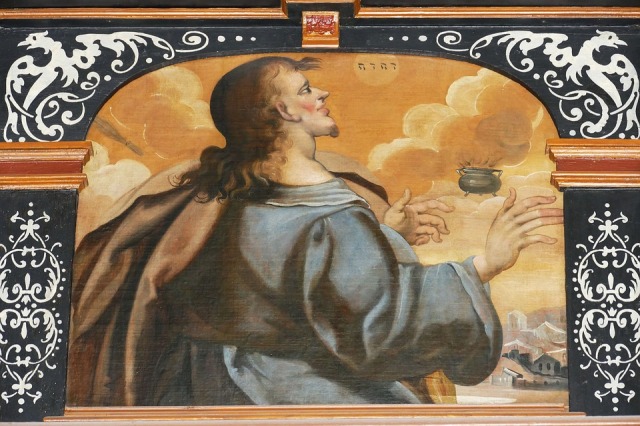 Last night I read devotions with my little boy, as I do when I am home and not traveling the lost places as I am wont to do. We have again reached the end of the Bible, the third time or so, only to start again from Genesis, our reflections following the cyclical patterns of the world itself; birth, life and death only to be renewed in a glorious garden again. I had never thought about it before, but the Bible both starts and ends in a utopia. It goes from “God saw all that he had made, and it was very good. And there was evening, and there was morning – the sixth day.” Genesis 1:31 and it ends with “Then I saw a new heaven and a new earth, for the first heaven and the first earth had passed away, and there was no longer any sea. I saw the Holy City, the new Jerusalem, coming down out of heaven from God, prepared as a bride beautifully dressed for her husband. And I heard a loud voice from the throne saying, ‘Look! God’s dwelling place is now among the people, and he will dwell with them. They will be his people, and God himself will be with them and be their God. He will wipe every tear from their eyes. There will be no more death or mourning or crying or pain, for the old order of things has passed away’.” Revelation 21:1-4

In between, the messy machinations of man. The entire thousands year-long fight to be free, to live our lives more abundantly and with greater prosperity and a more intense significance. To reconnect with the image of God within each of us, an image of a creator God. “To care for and to keep”, that is what Genesis tells us man was placed in the garden for.

This was never the plan. Jesus said early and often that it was never for us to attempt political perfection. “Give to Caesar what is Caesar’s and to God what is God’s” He said, for “the poor you will always have with you,” words spoken while visiting followers in Bethany when a woman – presumably a prostitute – entered the house where He was visiting with friends and began to wash His feet using expensive perfume. Hearkening back to Deuteronomy, as Jesus often did, “For there will never cease to be poor in the land; that is why I am commanding you to open wide your hand to your brother and to the poor and needy in your land.” Reminding the ancient nation of Israel that poverty is the natural state of being, and that personal acts of sacrifice are the ones which will preserve our goodness and pave the way for our salvation, while government programs only create bitterness and violence. But why would Jesus say this? Because, of course, there was an objection – as there always is from those who seek your money in order to pursue their own ambitions – that the perfume should be sold and the money given to the poor (we are told in the Bible that this is because the treasurer, Judas, wished to steal the money). And there it is – “give the money to the poor!!” say loudly those whose motivations are for themselves alone (think of the politicians who wish to increase taxes ‘for the poor’, and the hell-on-earth they are responsible for); those who seek power and position through controlling the purse strings of utopia.

As you have found out, common sense is not all that common these days. The problem is in our good-faith attempts to build just societies that protect the poor and the weak, responding to our moral code of compassion, which emerges from the laws that govern our creative humanity, we have surrendered our societies to the very things that make people poor and weak—to those people who build majorities upon their angry mediocrity to justify their theft. Through the redistribution of power and prosperity, we have allowed society to put the strong at the service of the weak, the right at the service of the wrong, through erroneous principles they call social justice. Social justice is, of course, the opposite of natural justice, because natural justice seeks equality before the law, while social justice makes excuses and exceptions. They gained more power politically and in society, and then slowly they used that power to place themselves at the center of our civilizations. Nakedness is less humiliating if we are in a group. You want to feel better about yourself, strip those around you. Failure is more acceptable if you don’t fall alone. Strength is less intimidating if it is shared. But if you keep lowering the bar so that everybody can leap it, pretty soon the ability to jump to the sky is eliminated—and our great athletes become day laborers. Power is a terrible thing. To control other people is to live at their expense. Those who are strong and confident usually don’t want the added bother. But for the weak, the bitter, and the jealous—or those who cannot or choose not to live on their own—power is a very attractive thing. The Burning of San Porfirio

That is why I love reading Revelations, because it reminds me that it will end, our fight for significance and our struggle for right against wrong. And let me give you a hint, it will end in a beautiful utopia, “It is done. I am the Alpha and the Omega, the Beginning and the End. To the thirsty I will give water without cost from the spring of the water of life. Those who are victorious will inherit all this, and I will be their God and they will be my children…”

Although not for everyone:

“…the cowardly, the unbelieving, the vile, the murderers, the sexually immoral, those who practice magic arts, the idolaters and all liars—they will be consigned to the fiery lake of burning sulfur. This is the second death.” Revelations 21:6-8.

And for those who would flee to Masada, it will not end yet. For there is much work still to be done.

Joel D. Hirst is a novelist and a playwright. His most recently released work is "Dreams of the Defeated: A Play in Two Acts" about a political prisoner in a dystopian regime. His novels include "I, Charles, From the Camps" about the life of a young man in the African camps and "Lords of Misrule" about the making and unmaking of a jihadist in the Sahara. "The Lieutenant of San Porfirio" and its sequel "The Burning of San Porfirio" are about the rise and fall of socialist Venezuela (with magic).
View all posts by Joel D. Hirst →
This entry was posted in Liberty, Literature, philosophy, Uncategorized and tagged Bible, Revelations, utopia. Bookmark the permalink.