The End Of It All

An unsteady stillness has fallen across the once-hallowed battlefields. The blazing has not stopped, but for the absence of its most-prominent belligerent it might even feel like the glory days of yesteryear when medals were earned and careers made in contests not at all existential for the victors, though not so the vanquished. But not anymore, for we have gone home. Oh not physically, we still have our bases, our outposts and our tremendous presence in the imaginations of men. No, it is in our motive power for positive change where our absence is felt most acutely. 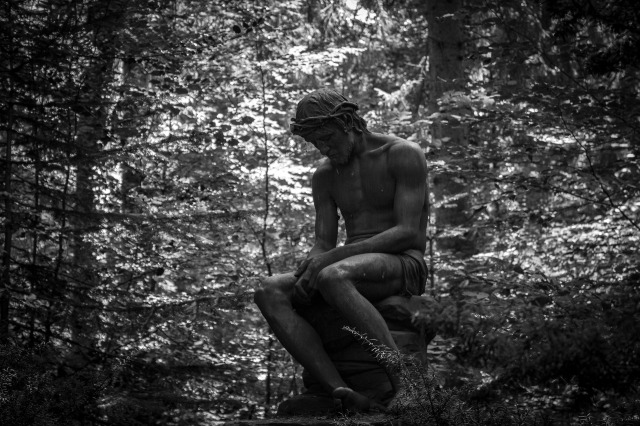 It was the Great War in Europe that finally ended that continent’s ambitions; the old land’s imaginations laid to rest in canals of carnage and trenches of despair. The war after the great war was just an afterthought – through which the leavings of a continental experiment were at last purged away and burned through, displaying a continent spent and adrift, no imagination of itself or its role in a world it was no longer prepared to shape.

These are the days of our exhaustion: I can feel it in the empty political campaigns; in the culture wars become stale of ideas and which resonate only with resentment, envy and rage. We have lost our faith in our democracy, because we have lost our faith in each other. Our once-invigorating legendary intercourse has retreated behind masks real and fake as we recoil in fear of each other, fear of which the virus is only the most recent and bold manifestation. It is not a great suicide we are perpetuating, epic acts of stupidity and destruction in the hunt for the elusive utopias of always. Our utopianism has also come to an end – now we only want retribution for perceived wrongs from perceived offenders in bronze and iron, unable to defend themselves as they stare resolutely into a past that they defined backs bent away from the future in which they have no role. Unforgiven, for they were imperfect – cast aside by today’s imperfect in perpetual victimhood awaiting the imperfect of tomorrow. Except that no statues will be made of these for future generations to tear down; for they inspire no temerity.

Yes, weary are the days in which we live. The hubris, the ephemeral power paid for by plastic and bubbles blown one within the next until they all popped and the reverberations echoed in decreasing power from buildings no longer occupied by moral men. Ours was the generation of bean-counters pretending to be experts, of peddlers of fake loans and of faulty ideas said to be philosophers – slathering contempt atop a prosperity oh-so-brittle to be laid bare by an ancient force not un-awaited but for which we certainly were unprepared, shocking only in that it should not have been so.

In the days of yesteryear I was accustomed to selecting from the unending roll of inquiry like a connoisseur of fine wisdom and arcane knowledge; careful for the malinvestment in the waste of precious column inches down my computer screen, always to be eschewed. The tyranny of technicalities are what they in fact were; of how to order our world, how to empower our titans while defending the defenseless while we advance as the missionaries of old that most-perfect ideal of self-government into dark and distant lands corrupt and violent and harsh.

Now we are seemingly at the end of it all. The ticker-parade of half-truths marching resolutely down our Facebook feeds or Twitter accounts or the online journals which no longer even demand that most ancient of trusts required by ink on paper and the pounding of the ancient machines rumbling beneath monumental buildings, upon which we counted to impart to us knowledge from places far-away and truths hidden – these I find no longer even interesting; experts expounding this or that or the other pubescent opinion in binary fashion while the world burns upon bottomless piles of fiat currency set aflame by a people who no longer accept good faith and credit of the states which have finally abandoned any attempts at consent in the bosom of their sacred covenant to us – “To build a more perfect union”, become instead “to steal more than thee and thine, and to make you pay.”

It should not come as a surprise, for the exhaustion was deep. Just as Britain never recovered her empire after her tremendous victory in the wars, a victory which exposed a model that the people could no longer find it in their imaginations to defend, even upon the shoulders of so great a man as Churchill – how could we be any different? To carry the weight of the world, that was ours for a season, a feat which despite the engendered prosperity of our order only inspired ingratitude, outrage and the bloodletting of a thousand small cuts increasing in ferocity until at last a sickness laid bare the final throes of empire. It is inglorious and uninteresting; a sad draught pounded with the pestle of suffering and mixed with bitterness of unrealized expectations. But so all utopias fall away. And there is nothing wrong with that. For while our technology might improve, human nature, human condition and the human story remain the same and the rise and fall of great civilizations is part of the epic tale of men upon this ancient spinning orb.

Joel D. Hirst is a novelist and a playwright. His most recently released work is "Dreams of the Defeated: A Play in Two Acts" about a political prisoner in a dystopian regime. His novels include "I, Charles, From the Camps" about the life of a young man in the African camps and "Lords of Misrule" about the making and unmaking of a jihadist in the Sahara. "The Lieutenant of San Porfirio" and its sequel "The Burning of San Porfirio" are about the rise and fall of socialist Venezuela (with magic).
View all posts by Joel D. Hirst →
This entry was posted in America, Literature, Uncategorized. Bookmark the permalink.

1 Response to The End Of It All