Powerlessness in a Sea of Prosperity 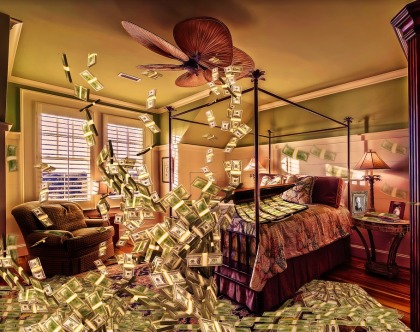 The dust has settled upon the latest mass-shootings in America. Those seeking political gain from the tragedy of others have wandered off to find another target for their rage, their powerlessness. Powerless to maneuver the course of a country in the direction that they want – yes, I feel it too; we all do. We all think we know better. “Powerlessness in a sea of prosperity” is what Melissa MacKenzie has called it. Powerlessness politically – forget that our systems were built to fortify the powerlessness, because it is the opposite of power; power that ultimately corrupts everything it touches, for power in the hands of a person who wants it is a wicked thing and we are better served by the powerlessness.

Back to the violence. It is ironic that those who lament the powerlessness, who rage against this or that politician also deify another; not realizing in their ignorance that others are engaged in a Newtonian “equal and opposite” way – and what would happen if their foes were also not powerless?

Agency – or powerlessness; meaning or nihilism, perhaps better put. “In fact, these death-eating humans seem to be a product of a culture that is at the same time wealthier, more technologically advanced, and scientifically sophisticated while being morally lost and spiritually empty.” This is what Patrick Deneen writes about in his book “Why Liberalism Failed” – tremendous prosperity, the greatest that the world has ever known – at the service of self-destructive absurdism and the violence product of rage, because “At least rage is something. And rage is powerful. It must seem better than the alternative.”

America is not the only land of massacres – there are others happening, every day. I lived and worked in West Africa for six years, and each morning (almost) I woke up to the news of another massacre (26,000 murdered while I was in Nigeria). Sometimes ethnic, sometimes religious, sometimes about resources – always political, about who sits in front of the trough and how will that benefit me – stoking the violence to affect the balance of power in electoral ‘democracies’ that do not understand the meaning of that sacred word. It’s fascinating that those massacres also are product of powerlessness; people who cannot find a way to break out of the quietness, the silence in which they pass their lives; their great acts of violence not even decorating the pages of local newspapers anymore in a world accustomed to third world mayhem. I once wrote about this, in my novel on jihad, “To pass without a trace. To leave no mark that I was here, no notice to those who come after that I existed, dreamed, and fought – that I lived. My forefathers herded the cows and fished the rivers – they married and birthed children. They watched children grow and then grandchildren – at the end fading away under the stars of the African night. I see that, and it terrifies me. From dust I came and to dust I will go, I know that there is nothing I can do about that. But I will not go quietly. They will know I was here. They will feel my passing, I will make sure of it.”

But we should not feel powerlessness, should we? We who have so great a capacity for productivity; where college dropouts become billionaires, where peanut farmers become presidents, where we have at our command all the wealth of human knowledge – translated into our own language (a language which dominates our ever-shrinking planet) and available at the tap of a button on computers we all can afford through a communication revolution which has made it almost free; just as travel with our blue passport opens the doors to almost every country on the globe paid for by plastic in a world flush with capital, but only if you are one of the prosperous. I have flown above the powerless, trapped on their dusty patch of earth attempting to coax a maize shoot from beside a desiccated over-fished lake – the roaring sound of the bird above them, a vibration they will never experience as we switch on the seat-back screens and complain about the delay in our Champagne glass. We certainly have lost perspective, haven’t we?

So what do we do, to return morality (and subsequently meaning) to our lost land? “How do we solve that problem? How do we help young men, especially, feel like their lives have meaning? That the supposed deep thinkers are blaming their political enemies demonstrates how pathetic our intellectual class really is. (…) It seems we’ve brought up a generation of people who have everything and feel empty at the same time. The solutions are not easy. Maybe that’s why people blame politics. It’s easier.”

Joel D. Hirst is a novelist and a playwright. His most recently released work is "Dreams of the Defeated: A Play in Two Acts" about a political prisoner in a dystopian regime. His novels include "I, Charles, From the Camps" about the life of a young man in the African camps and "Lords of Misrule" about the making and unmaking of a jihadist in the Sahara. "The Lieutenant of San Porfirio" and its sequel "The Burning of San Porfirio" are about the rise and fall of socialist Venezuela (with magic).
View all posts by Joel D. Hirst →
This entry was posted in America, philosophy, Uncategorized and tagged faith. Bookmark the permalink.

1 Response to Powerlessness in a Sea of Prosperity