It was probably a sunny day like today when Atlantis sank to the bottom of the sea. Was it an earthquake? A tsunami? Some kind of tribal violence which wiped away those who could run the reactors and the food processors, making room only for the ideas of bean farms and vertical chicken coops? Money, sound and pure watered down with alloys and aluminum until it was crusty and brittle – emptied out of meaning until the 0s march down the front of the bill in a shameful parade? Was it that which caused Atlantis to capsize?

It is said that civilizations have the solutions; can save themselves from their cataclysms – if only they had the will to fight on. But like Ayn Rand’s “Atlas Shrugged”, the fight fizzles away becoming a mass of goo and resentment against which it is impossible to push – even for those who dare have congress with the stinking and fetid mess – but who would want to? Its easier to avoid offense – besides the collapse is communal and there is nobody really to blame, and that is comfortable. If the stench surrounds us as well – who bothers to sniff out the culprit? 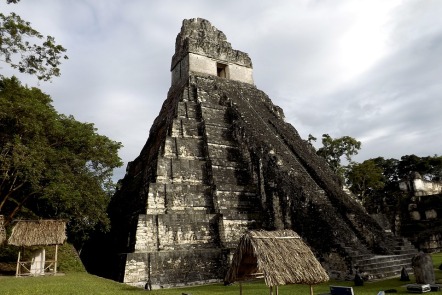 I wonder if this is what the last dynasty of Mayans said, those who still remembered the old ways even as the jungle reclaimed village after village; emptied out to fill the mega-slums which have also since fallen away? So too Tiwanaku or the great Khmer civilization which no amount of rouge could revitalize?

We hear a lot about this these days; don’t we? Will the breeder reactors be built in time; will we let them; will we get out of the way of the great minds; will we pocket our panic and prejudice against that which is new? And in doing so will we burn away our waste in explosions of energy which could power our world forever? Will we mine the seas, distilling down the uranium in a perfect answer to unlimited global power and in final glorious triumph over our carbon economies? Probably not – we’ll certainly however embrace a “green new deal” which wipes aside the tortoise populations and leaves the Masai Mara’s terrified lions vulnerable to the poison farmers. “They get a pass” say politicians in places cold and clean, condemning those who live in the Sahel to their eco-fates.

What about the plastics in our oceans and in every molecule of our bodies? Naw – I prefer trillion dollar subsidies to the well-connected. Will we go to the moon again, and in that epic effort unleash our imagination to discover the bottoms of the oceans and the cures for diseases which have so long ailed us? Naw – let’s talk more about socialism, let’s race to the bottom embracing again for the umpteenth time the ideology of loss and stupidity and death, as so many others have. It’s more correct after all – for if no star burns very bright my nakedness is much less obvious.

Will we build our sterile worlds upon the rotted bodies of the next war? Hives churning in a perfect performance pantomime? After the world population is halved, and halved, and halved again? Of course the party members survive – and sacrifice is important, as long as it’s ours – never theirs. As long as they can get us to build for them the great boats upon which they will escape, leaving us on the shores waving.

In Yevgeny Zamyatin’s little novel “We” this is indeed the case – a novel banned by the soviets for decades; the intellectual father of “Fahrenheit 451” and “1984” and “Brave New World” and “Anthem” and yes – even my own “Dreams of the Defeated”. The start of a genre we call dystopianism which has saturated our movies and shows even as we recklessly careen forward in our politics. Does life imitate art, or art life? That ancient question. 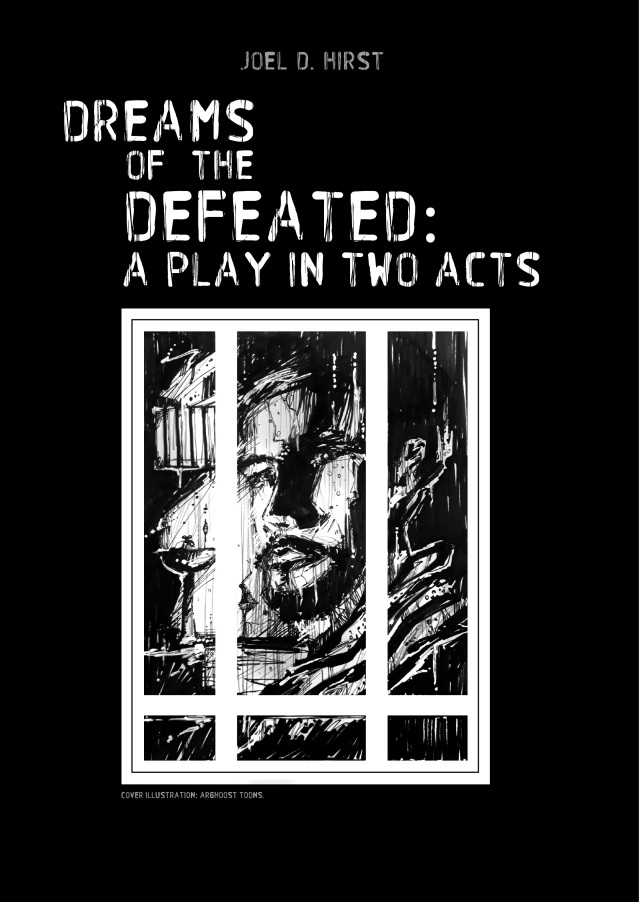 Of course we – too – know the answer to our arriving ordeal. When I say “we” I mean the west. But instead of seeking solutions we are instead engaged in an epic fight (a historic bait and switch) over who will be the elites who will find their spots in our modern day Noah’s Ark. And those who fight it out on Twitter – to their own destruction…? – cannon fodder in the culture wars.

But we do have Zamyatin, and Bradbury – and myself. So let nobody say they were never warned.

Joel D. Hirst is a novelist and a playwright. His most recently released work is "Dreams of the Defeated: A Play in Two Acts" about a political prisoner in a dystopian regime. His novels include "I, Charles, From the Camps" about the life of a young man in the African camps and "Lords of Misrule" about the making and unmaking of a jihadist in the Sahara. "The Lieutenant of San Porfirio" and its sequel "The Burning of San Porfirio" are about the rise and fall of socialist Venezuela (with magic).
View all posts by Joel D. Hirst →
This entry was posted in Liberty, Uncategorized and tagged Communism, dystopia, Literature. Bookmark the permalink.