Well this has been fun, distilling the “Green New Deal” into bite-size chunks (sorry for oversimplifying things, for which I will be routinely pilloried – as it is, this has been too long and I have risked becoming a bore). In Part I we discussed the “New Deal” legacy and how it is an inappropriate and at the end ineffective recipe to achieve the success we are looking for in saving our planet. Its results are much more mixed than the big-government crowd would like you to believe and are certainly more damaging to our republic than we can perhaps weather these days; we are weaker today, more divided, more indebted and more partisan and infinitely less wise. In Part II we discussed ignorance and hubris, of why biases and errors in logic matter and the ‘local knowledge problem’ which socialism has never been able to fix, and never will, and which leads too often to famine – the latest playing out right now in Venezuela. And in Part III we talked about America, her experiment and her past and her amazing future which, as President Trump said in his State of the Union, will be reborn with the ‘Re-igniting of America’s Imagination.’ 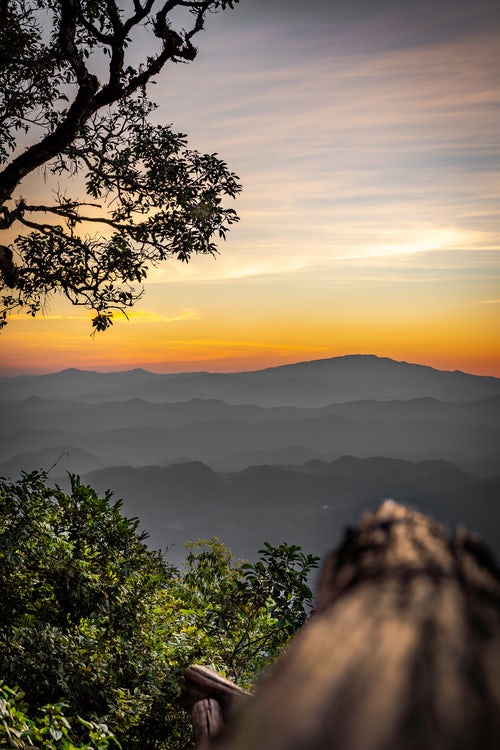 But what does all this have to do with environmentalism, you may ask? Here goes… When we free our government from acting in locus forum, then we can adequately use our collective power to deal with ‘the tragedy of the commons’. And of course government has a role, even a primary role, in protecting our environment. I am old enough to recall the Ozone layer depletion problem of the 80’s, when hair spray and refrigerators and air conditioners were going to result in all of us getting skin cancer and dying off. It was the “climate change” crisis of the moment; which has since been solved. The solution did not involve a massive wealth-transfer to third world dictators or a nationalization of the air conditioner and hair spray industry; instead new technologies were developed by the private sector while governments of the world worked together to ban the offending substances and we moved on. I too recall the deforestation crisis, when America was going to be left bald and barren (like the Sahara and increasingly the Sahel is today). We fixed that too; “Deforestation has been more than offset by reforestation between 1990 and 2010. The nation added 7,687,000 hectares (18,995,000 acres) of forested land during that period. The trend in reforesting areas has been driven by organizations such as the U.S. Forest Service and the Arbor Day Foundation.”

I could go on, but the point being we have examples of problems and solutions. The issue at hand is how to arrive at those solutions within the confines of our law-based democracy (where protection of private property is of paramount concern). Its about approach, really – about philosophy. I remember in the 2008 Obama/McCain campaign when the issue of dependence upon fossil fuels emerged into the debate, President Obama said, “What Washington has done is what Washington always does: It’s peddled false promises, irresponsible policy and cheap gimmicks that might get politicians through the next election but won’t lead America toward the next generation of renewable energy.” One of the few times I agreed with him (important to note here is when he arrived he also did what Washington always does, over-regulation causing dependence upon foreign oil until the Frackers on private land turned North Dakota into Ellis Wyatt’s Colorado). The ideas were wrong; and therefore ultimately ineffective. I remember specifically the “better car battery” debate he had with John McCain, “When John F. Kennedy decided that we were going to put a man on the moon, he didn’t put a bounty (McCain’s proposal to offer a $300 million prize to whoever is able to develop a suitable battery) out for some rocket scientist to win – he put the full resources of the United States government behind the project and called on the ingenuity and innovation of the American people – not just in the private sector but also in the public sector.” A telling example indeed, our nationalized big-government space program has languished forever for want of innovation and daring, and we still have a car battery problem.

So what to do? It is not simple, and there are no silver bullets or magic potions. We must do many things! We should set in place ‘bounties’ for the epic technological advancements we require; we should involve the private sector and let the markets lead us through innovation and imagination to the sustainable solutions of tomorrow. We should use the bully pulpit of the presidency and congress and Hollywood and the media to inspire the hearts of our people to modify behaviors, not through force which creates only coerced change (which never lasts and always backfires) but through passion and understanding. We should raise money through issuing ‘green bonds’ for purchase by those who care, or maybe even a lottery system or a dollar-for-dollar tax write-off for donations – all placed into green funds managed by experts who know what to look for when seeking out promising ventures. Yes, we should ban plastic forever – like the Rwandan government has. We should extend reforestation credits like the Costa Ricans have. We should reinvest in nuclear and solar and wind energy, like we are – not with crony handouts to groups like Solyndra but through funds managed by people who know, to support initiatives of people who care and whose moral hazard is total. Let us respect the principles of our extraordinary American experiment, let us unleash America’s amazing imagination and set in motion the spontaneous order guided morally as is always best by a country at peace with itself and its place in the world and ready again to lead in the only way that matters, by example. As Abraham Lincoln said, “We shall nobly save, or meanly lose, the last best hope of earth. Other means may succeed; this could not fail. The way is plain, peaceful, generous, just – a way which, if followed, the world will forever applaud, and God must forever bless.”

And a “green revolution”? As Albert Camus once said, “Revolt and revolution both wind up at the same crossroads: the police, or folly.” Police or prosperity; folly or blessing? I know which one I choose. What about you?

I hope you have gotten as much out of this little exercise as I have. The real reason that people write is to force themselves to distill thoughts in their heads, create arguments, make their case – to think. It is an exercise in learning with oneself as the main beneficiary of the effort, and any spillover into the public debate is an unintended positive outcome. This process has forced me to think and to read and to learn; and I will keep doing so. That is, after all, the point of life.

Joel D. Hirst is a novelist and a playwright. His most recently released work is "Dreams of the Defeated: A Play in Two Acts" about a political prisoner in a dystopian regime. His novels include "I, Charles, From the Camps" about the life of a young man in the African camps and "Lords of Misrule" about the making and unmaking of a jihadist in the Sahara. "The Lieutenant of San Porfirio" and its sequel "The Burning of San Porfirio" are about the rise and fall of socialist Venezuela (with magic).
View all posts by Joel D. Hirst →
This entry was posted in America, International Affairs, Liberty, Uncategorized and tagged capitalism, Communism, environmentalism, new deal, Socialism. Bookmark the permalink.