As I think through our current environmental problem, I realize that I am not the most sanguine of interlocutors. I do not see our future brightly, perched as I am at the inverse of epicenter where the waves of destruction and corruption and incompetence that radiate outwards from the core in patterns of mayhem have reached their most powerful.

I recognize that I myself suffer from ‘negativity bias’ and ‘declinism’; that I see the world through the lens of ‘The Coming Anarchy’ and our arriving ordeal. I read Pinker and Deaton and my eyes narrow while the corners of my mouth turn down in skepticism. I am a product of what I have known, like everybody is – of too long in places where people have made bad decision one after the other and the other for generations until the sand has advanced to cover ancient once-opulent cities which in the dark past have hosted nighttime visits of the elephant herds and which today welcome only the jihadis from their sandy sanctuaries. National suicides which plucked out the eyes of great cities that had art and theater, gardens and museums and in which now can be found only desperation and famine. Farmers who poison an entire family of lions to protect their worm-ridden goats; soldiers who strip-mine thousands of kilometers of pristine Amazon jungle, reducing the floor to mud laced with arsenic and mercury in search of elusive gold dust to fund their greed. Poor women chopping down the last tree of the Sahara to convert it into charcoal in order to boil the last tiny fishes taken from a desiccated lake, before packing their possessions into a green-plastic basin carried on their head to the camps, to be fed there through a process which requires no effort and to sit around in silent expectation, but for what? And all under the watchful supervision of our new aristocracy. 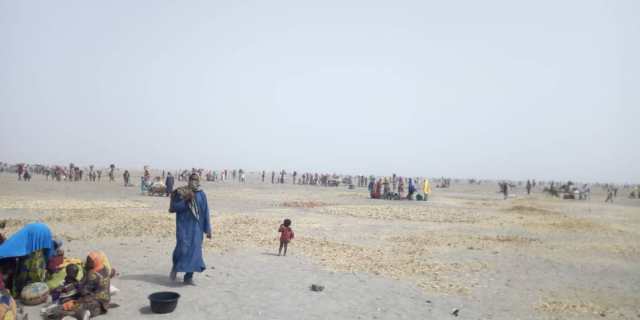 Am I wrong? Are my biases coloring my thinking? Sure they are. But ask yourself this question, if you believe as I do – or even if you don’t, but still concede that things are not going swimmingly – do you really think that siphoning off money from our economy to pump it in greater and greater and greater flows into projects pre-cooked by a group of know-nothings sitting in a stately old building atop a swamp will solve our world’s problems? Men and women of almost complete moral hazard flying in private planes around the world to discuss over opulent meals the strangling of the west? If the releasing of the American imagination has (so far) brought us solutions to the problems that have ailed our world, will the closing of the American mind under the weight of prejudice and regulation at the hands of nameless bureaucrats be the answer? I think we know it will not.

As I have indicated before, I am not a scientist. I have not been sitting patiently in the musty interior of the patent office carrying out menial duties while my mind probes the depths of the unknown. I would like to be, but we all have different talents and gifts and the better part of wisdom is to accept that “Real knowledge is to know the extent of one’s ignorance”, as Confucius said.

I do like to think about economics, about the way we self-govern and how people naturally co-operate through competition in our market system which has brought about the extraordinary bounty which we enjoy today. And there are some principles which have governed our modern economic experiment (that which began with the industrial revolution) which will help us fix our new environmental problem, the next in a long line of problems which we Americans have solved. Incidentally these principles are the ones the socialists and Marxists always defy, a defiance unto death that a “Green New Deal” seeks to repeat. Here are some, each of which have been studied extensively and are represented by extraordinary works of scholarship by the great minds (I can give you a reading list if you want). The first, primary concern which we all must come to terms with is scarcity; a condition the socialists refuse to accept. We cannot do everything; there is not enough wealth “to go around” and efforts to spread it all around result only in corruption and economic disruption (due to the local knowledge problem). The market is the only way to aggregate decision-making well enough to allocate those scarce resources efficiently through the process of spontaneous order with the profit motive serving as the last/best signal to the market of where resources should be spent and without which malinvestment occurs, resulting in the booms and the busts and wealth destruction. Regulation tends toward the creation of monopolies and drives away competition because the larger more established companies have the excess money to navigate new regulations while startups cannot, and this disrupts the process of creative destruction; and the government picking winners and losers in their regulatory and stimulus efforts wastes scarce resources and kills innovation. I recommend you read Henry Hazlitt “Economics in One Lesson” for a great primer on how economies function.

But isn’t capitalism itself causing the mess? No, it is actually crony capitalism which is the problem; just like the co-mingling of church and state created some of the most horrific wars and abuses of the middle ages, co-mingling of state and economy has done so for our times. Until we extirpate government manipulation from our economy (including stimulus packages, management of our fiat-based currency, debt-based growth through artificially low interest rates, etc.) we will continue to over-spend, over-consume and over-pollute. And until we fix the perverse incentives we use to attempt to force poor, corrupt countries to do as we wish we will see environmental degradation in the third world – where it is the worst – continue to accelerate. For poverty is indeed the greatest polluter.

But when are we going to talk about environmentalism? Stay tuned for Part IV.

Joel D. Hirst is a novelist and a playwright. His most recently released work is "Dreams of the Defeated: A Play in Two Acts" about a political prisoner in a dystopian regime. His novels include "I, Charles, From the Camps" about the life of a young man in the African camps and "Lords of Misrule" about the making and unmaking of a jihadist in the Sahara. "The Lieutenant of San Porfirio" and its sequel "The Burning of San Porfirio" are about the rise and fall of socialist Venezuela (with magic).
View all posts by Joel D. Hirst →
This entry was posted in America, International Affairs, philosophy, Uncategorized and tagged capitalism, Communism, environmentalism, new deal, Socialism. Bookmark the permalink.