Robert Kaplan is part of a lost generation of correspondents of old who would embark upon voyages dangerous and distant with only their notepad and pencil to accompany their curiosity and their exploding sense of wonder. Wonder at an enormous world and all the extraordinary stories of people in that world doing things terrific and terrible.

My father once said about his doctoral mentor under whom he studied, “I would take a course on basket-weaving if he taught it. It isn’t what he teaches that is so important, but the wisdom and understanding he brings to any subject married to a delivery which enlightens and makes us better people.” That is what I feel about Kaplan. “In Europe’s Shadow” is about 20th century Romania. Now, I have rarely given Romania much thought, occupied as my mind has been with other places – places which perhaps Kaplan has not much considered. But that doesn’t matter. The tour which Kaplan gives us of the dreadful days of Nicolai Ceausescu, of the struggles of common people and their fight to be free and to believe in the significance of their own lives – that is what this book is about. It is a beautiful book about patience and wisdom nestled in the deep olden valleys of a place few of us have gone (or perhaps will ever go, though its now certainly on my list).

Kaplan saves no criticism of the terrible legacy of communism, the moral and physical and spiritual destruction of successive generations of people. The brutal tortures physical and spiritual and mental inflicted upon the citizens at the whim of Romania’s Communist/fascist (yes they are the same thing) ‘oriental’ tinpot dictator – if not the original, certainly the archetype. A Stalinist long after Stalin went out of fashion, ignorant and brutal and ridiculous if only he had not been so terribly dangerous. 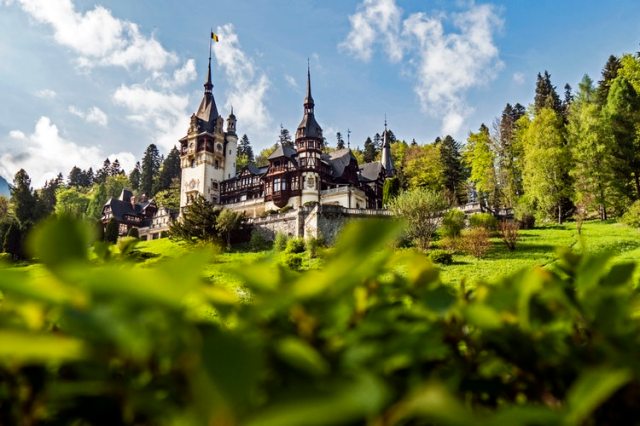 But there is comfort as well in “In Europe’s Shadow”. Kaplan is a true conservative, and liberal – before both of those words became emptied of meaning and filled with “the stock of commonplaces, prejudices, fag-ends of ideas or simply empty words which chance has piled up within (our) mind(s)…” (a quote from Jose Ortega y Gasset, who Kaplan quotes extensively in The Coming Anarchy). Kaplan believes change should happen slowly, for revolution always rips down more than it ever seeks to rebuild and leaves people vulnerable to the predations of man. He understands man is not perfectible, not really, and the utopianism of social engineering that starts with revolution leads to bonfires of human flesh beside a bread line.

The central tenet of all of Kaplan’s writing is that geography matters. This is not something the new ‘globalists’ like to consider. They believe they have created a borderless, cultureless, geography-less world where ideas and commodities can fly around the globe at the speed of a mouse-click disconsidering the mountains and the valleys and the forests in which people nestle their ideas of home and self. They are of course wrong, and are learning their lessons in hubris the hard way these days, which is heralding an arriving ordeal which is not going to be pleasant but is nevertheless an adjustment which is perhaps long overdue. But the way Kaplan tells his stories, without hubris and hate and without turning every statement into a little poisoned barb against this or that politician, that is what makes his writing unique.

And in this Kaplan is like a creature from a different time, who we go to with curiosity and a sense of nostalgia as to how things were and how they should be, before they all fell away.

Joel D. Hirst is a novelist and a playwright. His most recently released work is "Dreams of the Defeated: A Play in Two Acts" about a political prisoner in a dystopian regime. His novels include "I, Charles, From the Camps" about the life of a young man in the African camps and "Lords of Misrule" about the making and unmaking of a jihadist in the Sahara. "The Lieutenant of San Porfirio" and its sequel "The Burning of San Porfirio" are about the rise and fall of socialist Venezuela (with magic).
View all posts by Joel D. Hirst →
This entry was posted in Book Review, International Affairs, Uncategorized and tagged Romania. Bookmark the permalink.