It is said if you want to be a writer, you have to read. The converse of that of course is that if somebody does not read they cannot write. And not merely articles in American Affairs Journal either, or National Review – good though they might be; a writer, even a writer of non-fiction, needs to read literature. As Robert D. Kaplan has said in The Coming Anarchy, “Literature, alas, may be the only salvation for the policy elite, because in the guise of fiction a writer can more easily tell the truth.” But I’m getting ahead of myself. 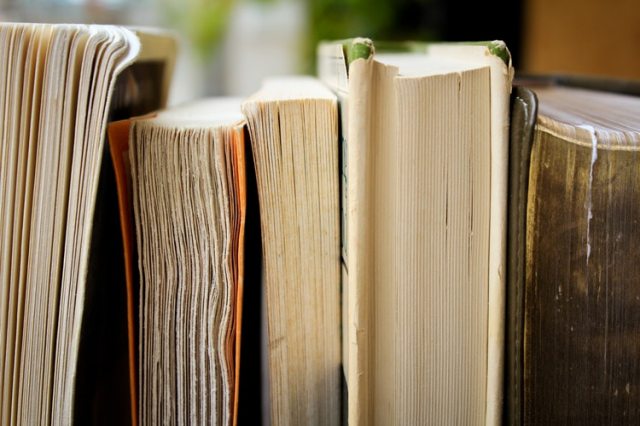 We also must read deliberately; its akin to that proverbial trail of bread crumbs which one must follow if one seeks to get anywhere. Each book leading us to the next and the next in our quest for understanding. We should read books we agree with, for that is natural; but also books which challenge our beliefs about what we think we know (or, God forbid, that about which we don’t know we don’t know). While the social media “echo chamber” only creates an airtight environment of bias and prejudice out of which no stupidity can escape nor no reason enter, reading (ideally in the quietly and privacy of home and from books written by men and women who are long dead) is a place ‘safe’ (in the parlance of our times) for challenge and awakening. But we have to want to. We must seek wisdom through discipline and consideration to escape, “the stock of commonplaces, prejudices, fag-ends of ideas or simply empty words which chance has piled up within (our) mind(s)…”  (like Jose Ortega y Gasset writes). But we also should read for pleasure, to immerse ourselves in lands we don’t know and experience things through the well-written pages of the masters of which we will never partake in life. With that in mind, here are a few of my favorite books from last year.

East of Eden, by John Steinbeck. Of course, who better than Steinbeck? He captures the soul of America with his beautiful prose better than any writer (alive or dead). East of Eden is the story of a family trying to make it in the old American west, California specifically. It is a story of hardship and bitterness and violence and of two brothers and how they dealt with their misfortune and an evil woman who entered their lives and of whom they would never be free. It is an epic in the finest sense of the word, a great masterpiece that shines forth illuminating our past and our future and our character for all those with the discipline to read it (its a little long).

Pacific Viking, by Barnaby Allen. Its very hard for a new author to break through, to become known in a country where over 4,000,000 books are published each year (most of which, I might add, are garbage – even, or especially, those published by the mainstream publishing houses). Our quest for fame and the almighty dollar has blunted our search for transformational writing, stories that last and grow with time. As Camus has said, “If you want something to last, carve it into a stone and drop it into the sea. Depths last longer than heights.” Pacific Viking is a historical fiction about Charles Savage, a native probably of Sweden who ended up as a Polynesian chieftain during the spice war days of the pacific. It is, like Steinbeck, an epic – a sweeping story starting in the frigid northlands of Scandinavia and moving on to the South Sea. It is a hard, brutal, terrible story full of darkness; how could it not be? For that is so much of human existence. Barnaby Allen has passed from this earth, this book was published posthumously by his wife. It will be his only novel, and the world has lost a great voice; making me sad to think what might have been had he been around to give us another half dozen novels.

Why Liberalism Failed by Patrick Deneen. To be sure I read many excellent books this year, including ones like The Coming Anarchy by Robert D. Kaplan and The Debasement of Human Rights by Aaron Rhodes (extraordinary in its own right, a deep dive into a very specific but nevertheless extremely important aspect of liberalism’s failure), but I think the one which made me most thoughtful was this one. Deneen (and Kaplan) are the antithesis to the Stephen Pinker and Angus Deaton’s technocratic history-less optimism about the future of the world (ignore please the plastic in the seas and the $200 trillion debt we have passed on to my 6 year old). Deneen’s fundamental argument is that the promotion of the liberal historyless anticulture across all aspects of America’s intelligentsia has caused us to forget our “common culture”; and a society which does not know its own story can only ever last one or two more generations before it collapses. It is a full-throated defense of nuance and community and tolerance in an age of ‘liberal totalitarianism’ (different use of the word liberal here), a cogent case against a globalism which across a wide and diverse world seeks to homogenize the human experience to the preference of a tiny few in the urban archipelago.

Hermit in Paris by Italo Calvino. So I like Calvino, he is Italy’s and one of Europe’s most gifted novelists. It is best to not get to know the writers one likes, for one is always disappointed. Hermit in Paris is Calvino’s random thoughts, taken mostly from his journal, as he wanders around. A large part of it is about the United States, and it was terribly sad to see that such a great writer really was unable to capture (like Steinbeck or Fitzgerald) the nuance of the American experience and was instead full of petty prejudice and un-insightful comments. I came away thinking less of him; and that is always sad.

Those are my selections for 2018. I read many, and you are welcome to follow me on GoodReads if you wish (I no longer tweet or engage on FB – there is however a public page managed by my wife). And if you do find yourself on GoodReads, make sure also to take your own reading challenge. For everybody, our great escape from ignorance comes only in the quiet candlelit nights with only a book and our own reactions to the ideas presented therein.

Joel D. Hirst is a novelist and a playwright. His most recently released work is "Dreams of the Defeated: A Play in Two Acts" about a political prisoner in a dystopian regime. His novels include "I, Charles, From the Camps" about the life of a young man in the African camps and "Lords of Misrule" about the making and unmaking of a jihadist in the Sahara. "The Lieutenant of San Porfirio" and its sequel "The Burning of San Porfirio" are about the rise and fall of socialist Venezuela (with magic).
View all posts by Joel D. Hirst →
This entry was posted in Book Review, Literature, Uncategorized and tagged books, Literature. Bookmark the permalink.

4 Responses to My Most (and Least) Favorite Books of 2018