The Wonder of Aloofness

Do you ever wonder what the people you admire do between moments of great inspiration and tremendous consequence? Mother Theresa getting her nails done; Billy Graham guiltily scarfing down a third hot-dog while watching Ancient Aliens; Ernest Hemingway sitting on a beach instead of his storied Parisian café, dressed in a pair of yellow swimming trunks burying the lower half of his body in sand.

It is said that nobody is a prophet in their own land. This is what they are referring to. For those who have seen us before we became who we are; for those who witness our inglorious moments instead of our fiery speeches or our flights into danger; for those who remember a rebellious acneed teenager and not a commander of men – seeing beyond those things is too difficult. I guess this is why I hate Facebook so much; why I have left, to never return. Facebook has turned the entire world into one giant village, on purpose. They have ‘leveled’ the playing field, with our feeds filled up with friends-now-Ambassadors with whom we used to play beer-pong and women we used to date now judges or CEOs. Worse yet, we see them in their inanity; stupid political opinions or moments of quiet relaxation projected across cyberspace to ratify to people jealous and petty that they are still much the same as when we knew them (though they are not, and have not been for a long time).

There has been a longstanding political tradition in the United States (which is now lost) which guided childhood friends of men who have become great to guard their silence; knowing that the too-familiar was detrimental to the aura not of the person but of the position that they had been chosen to hold. The media knew this and did not press too hard; and respect was given to allow us to revel in the wonder of our amazing democracy as part of the ‘social contract’ which allows us to pick commoners – men like us, men who we oftentimes ourselves have become – to lead us and still admire them. For this reason we like a certain aloofness; a certain distance which allows us to forget that our heroes also put their underwear on one leg at time and probably have, like us, occasionally done stupid or wicked things.

Robert D. Kaplan once wrote, “As we seek perfection in our officials through an increasingly intense legal scrutiny, and reap an increasingly sallow form of mediocrity instead, there will come times – perhaps dangerous and violent times – when we will be more forgiving toward those who were supremely imperfect in their character yet unafraid to challenge the public mood.” I think he was referring to this as well.

I was considering this today; for today was a silly day. I went with my family to Pigeon Forge in Tennessee; the home of Dollywood and massive inflatable gorillas and flying pigs and Wonderworks. One might call it a tourist trap and be hitting very close to the mark indeed. But for those of us who live in Africa away from options it was a day of plenty. America in all its obscene extravagance. We spent the day at Wonderworks, where my little boy could make new environments out of sand and climb a rock wall and walk on tightropes three stories above the crowd and lay on a bed of nails (OK that wasn’t him that was me…) and look in funny-shaped mirrors. As I waited in the lines, watching people snap selfies and upload them as they moved on I realized nobody there knew who I was: a luckless novelist on a brief hiatus from my civil war on the dark continent; and why should they? Nor did I know who they were; teachers and lawyers and maybe a senator or two – why not? And if they were, would you really want to know? Isn’t that anonymity what makes these places grand…? – a silly day away from the prying eyes of the ‘new normal’ where people judge us for being human as they troll us too-familiarly in our new global village.

I share this with you today instead of a Facebook selfie (from an account I no longer have) because while they say a picture might be worth a thousand words, there is no way in that picture for me to control which words those are. So I will write, letting you into my life – as much of it as I want, to share what interests me, but not too much in order to still retain the mystery and the wonder of people unknown and perhaps, dare I say it…? Perhaps still aloof enough to be interesting. 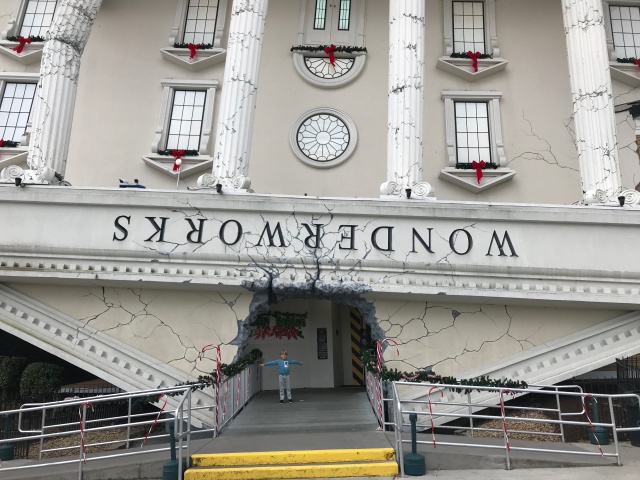 Joel D. Hirst is a novelist and a playwright. His most recently released work is "Dreams of the Defeated: A Play in Two Acts" about a political prisoner in a dystopian regime. His novels include "I, Charles, From the Camps" about the life of a young man in the African camps and "Lords of Misrule" about the making and unmaking of a jihadist in the Sahara. "The Lieutenant of San Porfirio" and its sequel "The Burning of San Porfirio" are about the rise and fall of socialist Venezuela (with magic).
View all posts by Joel D. Hirst →
This entry was posted in America, Uncategorized and tagged Facebook, Travel. Bookmark the permalink.