They say “the unexamined life is not worth living”. “They” are these days anybody looking to seem thoughtful, but the first to say this was Socrates as his only and lasting defense against the accusations of ‘corrupting the minds of the young’, for which he was killed. I went online to read about the great man (again) and in my research I uncovered another quote by the philosopher which I believe more aptly captures the spirit (or lack thereof) of our times. “Wisdom begins with wonder.” We live in a markedly wonder-less world, don’t we? We find no awe in our great God (even Albert Camus’ joyful existentialists have turned into Nietzsche nihilists, fat and slovenly and boorish); nature has been conquered and mastered (and subsequently ruined); ideas which do not fit into 140 characters are discarded (while nobody can read anything longer, forcing our media establishments to pick the most incendiary and disingenuous titles in their desperation to increase their Click-Through-Rates); and even Epicurus’s liberalism has been twisted away from joy found in “restrained appetites, well-governed anger and treating others justly” (Ayn Rand called this ‘rational self-interest’) to a reckless “you do you”. 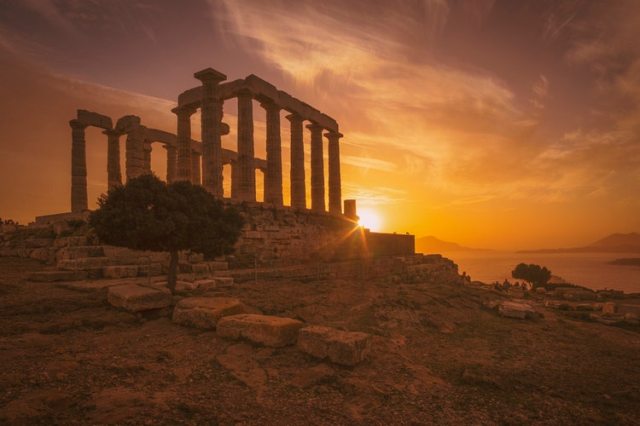 Yes, a wonder-less world indeed where familiarity breeds contempt. One time I was sitting in a dusty West-African capital talking to a government minister who had been a rebel warlord. He was of an ancient Arabian tribe that had migrated from the peninsula a thousand years ago as their trading networks pushed knowledge and Islam to the distant corners of their known world; across the epic oceans of sand that are even today indomitable. We were talking about politics; “When democracy came here,” he said, “I decided that my role as a tribal noble should extend to elected office representing my people. I went to my father for his blessing. You know what he told me…? He said ‘son, those things are not for us. For the moment you open your life to the rabble – the moment you bare your pride to them in exchange for their vote – you are giving permission for the tea boy to walk up and spit in your face’.” I have carried that story with me as I have watched familiarity destroy the wonder of our democracy and besmirch the great minds for whom we believe their possession of a Twitter handle gives us the right to hurl against them disparaging insults and despicable innuendo.

I recently had an unpleasant experience of my own, one which crystallized many such experiences on my rolling road to sadness. Because if “the unexamined life” is not only not worth living it is also a miserable bog full of goblins and trolls. I wrote a piece about wonder; a piece I tried to share with like-minded people. Immediately, I was accused of being prideful by an erstwhile childhood acquaintance. Now, let me be honest here, I am. Prideful that is. Like my Arab friend, I too believe that the life which I have lived, the sacrifices I have made and the sadness I have borne entitles me at least to dignity if not deference. Put simply, I have earned the right to my reflections. But of course the “Facebook gadfly” crowd cannot know any of this. For they have not suffered with me, raged with me, or been humiliated as I have been. They exist only in a virtual cocoon as distant spectators too two-dimensional to know (much less care) what those of us who seek significance have become.

So the solution? I have distanced myself from the maddened crowd. Specifically, I have closed out my Facebook and Twitter accounts (my wife still manages my public FB). You now will know me only through the thoughts I wish to share of my deeply examined life; and I will no longer trouble you with pictures from my trip to the supermarket or my micro-opinion on the effectiveness of Gillette’s new deodorant stick. And as I try to fill my life with a wonder unto joy, I hope it will spill over into the lives of those of you who wish to join me through my writing and my novels. But as you will be free of my stupidities, so I too of yours (at least for a season; for I caveat all this with ‘nothing is forever’).

Back to Socrates. If he had been alive these days, I am pretty sure he would not have been on Twitter or Facebook. There is nothing more conducive to an unexamined life than the painstaking hours spent in crafting the tiny word-missiles hurled into the void in the desperate vapid search for “likes” and “retweets”. And I am quite sure that if the philosophers on ancient ethical theory had to troll through Socrates’ frustrations at having misplaced his socks on his way to his hemlock banquet they too would be frustrated. For there is no wonder in that.

Joel D. Hirst is a novelist and a playwright. His most recently released work is "Dreams of the Defeated: A Play in Two Acts" about a political prisoner in a dystopian regime. His novels include "I, Charles, From the Camps" about the life of a young man in the African camps and "Lords of Misrule" about the making and unmaking of a jihadist in the Sahara. "The Lieutenant of San Porfirio" and its sequel "The Burning of San Porfirio" are about the rise and fall of socialist Venezuela (with magic).
View all posts by Joel D. Hirst →
This entry was posted in Liberty, philosophy, Uncategorized and tagged Facebook. Bookmark the permalink.

12 Responses to The Unexamined Life – Why I Left Facebook