A Reason, A Season, or a Lifetime

I got accused of good writing yesterday. Naturally, it did not come in the form of a compliment – but nonetheless that is what my unfriend was saying. Unfriend, one of the clutter of people from our past who long ago outlived their value to our life more abundant but still exist at the peripheries thanks to social media; interjecting themselves occasionally into who we have become sharing articles about kittens, bloopers, and political hate.

There is a cool poem, anonymous and wise; sage advice as to what we should do about the people in our lives:

People come into your path for a reason, a season or a lifetime.

When you know which one it is, you will know what to do with that person. 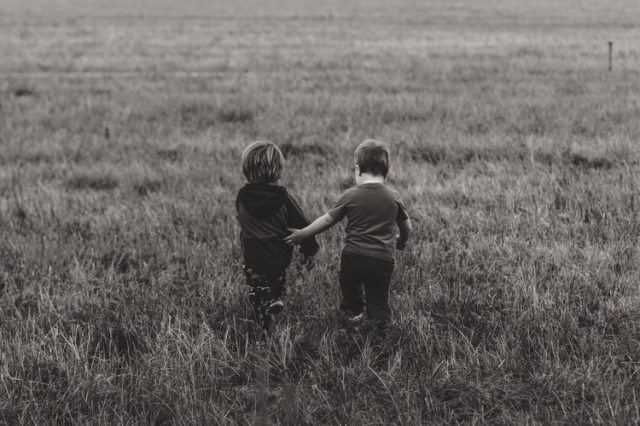 A reason, a season, or life. Social media throws off this balance, encumbering our day with personalities who we might better have left aside, people whose “…work is done. The prayer you sent up has now been answered and now it is time to move on” yet who nevertheless have remained there lurking in the background. Maybe those personalities were pernicious influences who brought out the worst in us but taught us an important lesson about life or love or moderation. Perhaps they are a reminder of dark days we do not want to relive, though they helped us through those times. Or they were great young stars burning bright and in whom we had tremendous hope for the future, only to watch them stumble and fall.

I was accused of pride by my peripheral friend; my new unfriend – people who with a click of a mouse are excluded from your life forever, with no impact except perhaps a sigh of relief and a nagging, irritating question “why didn’t I do that sooner?” Pride because I dare to write thoughtfully. I am not a mocker by nature, an idiot jester or buffoon. And while I do rage, I try not to write those thoughts down; they do me no good at all, much less anybody who stumbles onto one of my reflections. Plus when I am angry, without the tranquility I so crave, my words become poison. Best not to let out that dross. Yes, I suppose I do suffer from pride – is that not the case for all of us who love the things we do? Does not a baker believe they should be baking for the table of the king? Does not the inventor believe his gadget would change the world? Is not a coder certain they have found a better algorithm? And if so why not a writer; one who has paid so dearly for the lessons learned after twenty years in the camps, to be easily dismissed? No, nobody does what they do without pride – unless they are a cynic or perhaps a nihilist.

The great irony is that the objectionable piece was one about wonder. To be sure it was a conservative piece (wonder is a conservative idea because it requires a contemplative look into the misty pasts and the recognition of a greatness which came before and which has been lost). Wonder is why we marvel at the Mona Lisa; at the Hagia Sophia and the lost libraries along Timbuktu’s dusty alleys – they fill our soul with our wide world as they take us beyond ourselves and our petty passing prejudices. Specifically, I was writing about an online journal I found lost away in the dusty corners of the internet where they still dare to write about J.R.R. Tolkien: about the mysticisms of old and the beauty of great paintings and the poetry of Keats; modern ideas in a post-modern world. Too conservative? Guilty as well, as if there is any guilt in that. As if I do not have the right to my own ideas; as if I do not also seek beauty and peace. And as if after so long a time in the places where I have lived, I have not earned a voice.

At any rate, I thought I would share these prideful thoughts with you; in the off chance you’ve experienced the same frustrations and you too do not know what to do with the detritus people who still cling like barnacles to the hull of your forward-moving life. “It is said that love is blind, but friendship is clairvoyant.” Be wise as you decide into which position fit the people around you. Then when you’ve arrived at a decision say with patience and gentleness, “Thank you for being a part of my life… Whether you were a reason, a season or a lifetime,” as onward you go.

Joel D. Hirst is a novelist and a playwright. His most recently released work is "Dreams of the Defeated: A Play in Two Acts" about a political prisoner in a dystopian regime. His novels include "I, Charles, From the Camps" about the life of a young man in the African camps and "Lords of Misrule" about the making and unmaking of a jihadist in the Sahara. "The Lieutenant of San Porfirio" and its sequel "The Burning of San Porfirio" are about the rise and fall of socialist Venezuela (with magic).
View all posts by Joel D. Hirst →
This entry was posted in Honor, Uncategorized and tagged Friendship. Bookmark the permalink.

5 Responses to A Reason, A Season, or a Lifetime