“A Hermit in Paris” or “A Commie in America”?

“I believe that this is the ideal condition for a writer, close to anonymity: that is when his maximum authority develops, when the writer does not have a face, a presence, but the world he portrays takes up the whole picture.”

This quote from “A Hermit in Paris” aptly sums up what I feel about Italo Calvino’s “A Hermit in Paris.” I must say here I have no time for communists or socialists. Those whose heads are so empty that they have nothing to hold their eyeballs in place; causing their ocular organs to suck back into their skulls only to be pushed out again with each deep breath while they alternate between myopic and tunnel-visioned, all the while the action causing their sockets to emit a strange shrieking sound like a whine. We have a lot of them in the US these days; I read about one the other day – something about a great speech frothing with envy and bitterness, the rattling sounds of marbles drowned out by the hate; the daily bread of those who cannot think and surely should not vote! “Interested in genocide? Famine? Gulags? Go ahead and put your X here beside my name! I promise we’ll get the job done!”

Yes, Calvino was a commie. And not even an apologetic or a sincere commie, but more of a “I hate Franco cuz he’s creepy so my answer will be to plunge the world into darkness” commie. A “They didn’t do it right” commie. A “Thank God I sell books to capitalists so I can preach stupidity” commie.

The part of this book I hate the worst is also the part which is the most revealing – Calvino’s perceptions of America (outside New York, where he could hang out in a lefty bubble large enough to make him feel he was ‘somewhere’): he could have been writing for the Seattle Stranger (except he probably would have called Seattle “provincial” and “boring” had he ever bothered to make it there). His “insights” were so misplaced, his perceptions so narrow-minded that it appears he was for some reason unable to drive off the highway away from the “Biggest ball of yarn” display to try and understand the country he is said to have been influenced by. No real interaction with any normal Americans – no visiting the reservations, hiking the canyons, watching the birds in their natural worlds. The great wide open spaces which lend to America its feeling of invincibility and inevitability. He appeared only to know what to do if surrounded by other lefty/commies in L.A. or Taos, engaging in the bent behavior transported from the broken cities to the pristine places for a season of debauchery framed by our magnificent mountains, which he did not bother to climb. 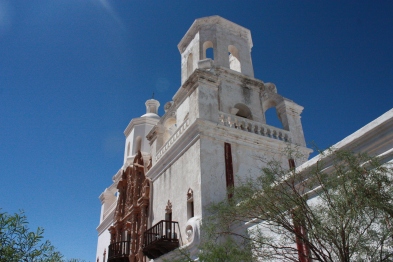 Did he visit the ancient churches in Santa Fe; or San Xavier Mission by Tucson? No, he has a peasant’s hatred for Catholics. Did he commune with the silent men who have made the prairies their homes? He could find no introductions – and nobody’s name was there to be found in the quiet hardened towns which deserved dropping at his parties. What about the incredible Indian novelists, painters and artisans? What about stories of loss and resilience of Chinese immigrants working the silver mines in Jerome (Did you know there were 16 Chinese restaurants there at one time? Calvino didn’t.)? Daniel Barringer who spent his life at the bottom of a huge crater in Arizona, sure they were at any minute going to barrel through into the asteroid’s magical cavern below? The old prison in Yuma where the west’s wild men were held? The sanitariums deep in the Colorado Rockies where the victims of the white plague went to die? The Broadmoor in Colorado Springs with its amazing old library?

No, in his tribal hunt for the “also-agree” and the “thinks-like-me” he missed America – and then, in an act just as egregious – he wrote about it.

This book should not be called “A Hermit in Paris” – there are only brief descriptions of that city we have all walked through as we pretended we too are deep and connected (but don’t go outside the ring!). It should be called “A Commie in America”. Back to my original point – I hate learning the political opinions of novelists I enjoy reading (same goes for Hollywood actors – by the way another place Calvino thought was sub-par – I can barely watch movies anymore as the head-rattlers then use my money to fund their rants thrown in my direction, that is when they are not plunging third world countries into famine. Incidentally same goes for the peddlers of crappy coffee, assuming you can find any stores open around their busy indoctrination schedules). We like to believe inspired writers have nuanced and gentle views of our wide world – but invariably they have the same s$&@-for-brains as everybody else.

Joel D. Hirst is a novelist and a playwright. His most recently released work is "Dreams of the Defeated: A Play in Two Acts" about a political prisoner in a dystopian regime. His novels include "I, Charles, From the Camps" about the life of a young man in the African camps and "Lords of Misrule" about the making and unmaking of a jihadist in the Sahara. "The Lieutenant of San Porfirio" and its sequel "The Burning of San Porfirio" are about the rise and fall of socialist Venezuela (with magic).
View all posts by Joel D. Hirst →
This entry was posted in America, Book Review, Travel, Uncategorized and tagged Italo Calvino. Bookmark the permalink.

1 Response to “A Hermit in Paris” or “A Commie in America”?