I can’t think of more eloquent words to introduce my newest novel than those of my friend Chairman Norbert Mao. Mao was the chairman of Gulu District in northern Uganda, the “Capital of the North” when I worked there during the aftermath of the dark days of the LRA. He had been a Member of Parliament and has since run for President on the Democratic Party ticket. He was also a great friend during those long hot days when I worked in the camps in Acholi; and we shared many a meal together as we fought a great evil. Mao and I are still friends, though I left Uganda long ago. How could we not be? I will always have the “Pearl of Africa” as part of the fabric of my experience in being human, and hold a special place in my heart for those with whom I have served.

“I have read through the book, I Charles. It is very well written. I take this as your wreath to honour our people who perished in the tragedy visited upon us. Thank you for writing this heart wrenching story. Yes, heart wrenching even for those of us who saw it all.

I lived through this dark episode in our country’s history and can testify that this book is painfully honest. It tells the kind of truth that can only be told through fiction. The bizarre story of human cruelty and the triumph of man’s soul over evil is emotionally and intellectually captivating.

Addressing you personally, let me say this also. To me this is a continuation of your mission to shine a bright light on certain events that some people want hidden. This is a story written in blood. It is a lyrical lament and a testimony crying out for a verdict from an indifferent world.

A gem of a book…witty, wise and rueful. It is heartbreaking but ultimately hopeful. It outrages as it teaches. This is not just a book. It is a testament. Nobody should miss a chance to read it.” Norbert Mao 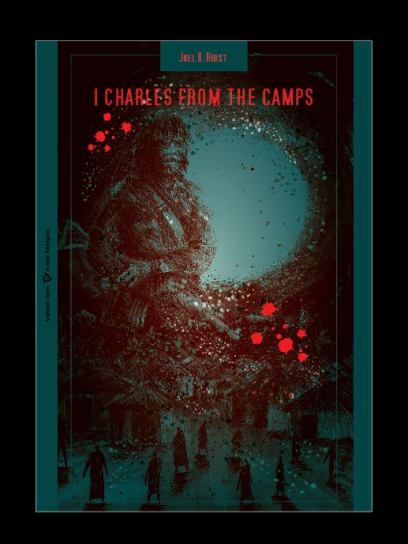 Joel D. Hirst is a novelist and a playwright. His most recently released work is "Dreams of the Defeated: A Play in Two Acts" about a political prisoner in a dystopian regime. His novels include "I, Charles, From the Camps" about the life of a young man in the African camps and "Lords of Misrule" about the making and unmaking of a jihadist in the Sahara. "The Lieutenant of San Porfirio" and its sequel "The Burning of San Porfirio" are about the rise and fall of socialist Venezuela (with magic).
View all posts by Joel D. Hirst →
This entry was posted in Book Review, Liberty, Uncategorized and tagged LRA, Uganda. Bookmark the permalink.