Venezuela’s Civilization is Over: What Lessons Have We Learned?

Civilization is a fragile thing. Mostly because it is made up almost entirely of people. And people are a mess. Sure, people build monumental buildings or make epic discoveries; they create melodious music and beautiful works of art. Philosophers examine the metaphysical; scientists explore the impossible; theologians examine the supernatural. We like to think of civilization in terms of big buildings; we look at the Colosseum in Rome or the ancient temples of Tiwanaku by Lake Titicaca and we say “ah, this must have been a great civilization indeed!” But without those people – the buildings would mean nothing. Even if they were built, which they likely never would have been. 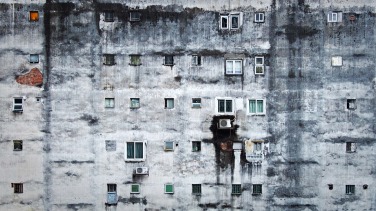 Truth of the matter is that civilization is more delicate than that. Because the buildings will last, for years, decades. Centuries even sometimes. But that which made the place pulsate with an energy of its own, a life, a future and a past and a purpose; a grand narrative that wove together disparate interests into a common beautiful tapestry, are its free people.

Venezuela’s civilization has been destroyed. It’s a fact now. Its not a debate about “will this work” or “we are just tweaking the machine.” The tired excuse “These are the growing pains before utopia” aren’t even uttered anymore by the die-hard commies. Everybody is just scrambling to survive, to make it, to endure for today, to fill their belly that one next time. The next glass of milk for their toddler whose eyes are open and yearning; trusting and faithful as if to say “I know that my mama won’t let me die, though I am so very hungry.” Yes, hunger. That most pathetic, ancient itch which we must scratch three times a day. The first thing civilizations do, free their people from the fear of hunger. At the end of all the planning and the meeting and the redistribution and the writing of glorious books to collectivism – what you are left with is distended bellies over thin legs uttering that one pathetic, heart wrenching word “I’m hungry.”

Cultural appropriation. I was sitting during Christmas with somebody who had been in Venezuela and was lamenting Venezuelan food for sale overseas. “Its nice that its available,” she said, “but the cultural appropriation of the arepa by foreigners is a shame.” Really? Is it a shame? That one piece of Venezuela’s civilization has been saved, if only to thrive on foreign soil? That there is something which that destroyed society can still give to the world to add value, when all we’ve gotten from them for twenty years is instability and hate and misery and violence – isn’t that a good thing? Because lets be honest, though Venezuela’s amazing people still exist (I’m married to one) – theirs is no longer the work of, as Chavez like to scream all the time, “Patria”. Fatherland. The discoveries they make, the beautiful pageants they win, the amazing music they write – the great restaurants they start, they do this all in the name of their adoptive homes; places where they are allowed to build away from the madness. Cultural appropriation? At least that is the culture we are appropriating – after twenty years of the Sean Penns of the world trying to get us to “appropriate” their “culture” of communism.

The government of Colombia is preparing camps. Camps – the word makes me shiver. Because I have known the camps; my whole career, starting in 1999. Mostly in Africa, although a few in Albania for the fleeing Kosovars; some in Central America for a short season after natural disasters. Once the camps are part of your national story, you cannot ever extract them. They are a blemish on your soul that you see every time you look in the mirror, even if it is a mirror in the bathroom of the Burj Al Arab. Perhaps after the last grandparents who grew up in the camps are dead; perhaps after the last grandchildren who heard the stories of the camps are also dead – maybe then; maybe then the shame will pass. They are degrading, humiliating, demeaning – standing in lines for foreigners to give you food, for foreign doctors to treat your babies, lines to wash and lines to defecate. They are a nest of social ills, as people destroyed by those who should have protected them only sit, and sit, and sit longer waiting for something – anything to relieve their boredom. Venezuelans, in the camps? Nobody would ever have considered that…

Of course the Venezuelans don’t know what to do. Article 350 of their constitution, the one that the dictatorship wants to rewrite – as if ink on paper means anything one way or the other at this stage of the madness – gives them the right to rebel. The people of Venezuela, faithful to their republican tradition, its struggle for independence, peace and freedom, shall disown any regime, legislation or authority that runs counters to democratic values, principles and guarantees, or that undermines human rights. But how would they rebel? Strict gun laws made sure that the only people armed are the government and the gangs (the former with a legal right to the monopoly of force, and latter which don’t care about laws) – and both have made common cause to turn their weapons away from each other and onto the ever-marching eighteen year-olds. “That could never happen here,” they had said as they dutifully disarmed. “We have been a democracy for decades!” while the dictatorship distributed AK47s instead of food in the slums.

The time to think anything can be done about any of this is over. We all tried, in our own ways – presidents and paupers; artists and intellectuals and voters. And valiant efforts they were – everybody giving their best. Now it is the turn of the ‘humanitarian workers’, feeding the shadow people of the camps. For those who have fought, it is now only a stock-taking exercise in lessons learned: “But by the grace of God,” how do we not repeat Venezuela’s folly. To be sure, there are many who are desperately trying to deflect, to not let us learn the lessons of which they are so embarrassed. No matter – learn them we will. Communism doesn’t work. And socialism is communism. As Trump said at UNGA, “The problem with Venezuela, is not that socialism has been poorly implemented, but that socialism has been faithfully implemented.”

Then there is also the issue of 350. How do a freedom-loving people “disown” a regime? We, we Americans, fought a nasty war. Granted, that was a long time ago. But we had our muskets and our sense of rebellion. What about the ‘shadow people’? Should they just march out into the streets naked to be mowed down by the AK47s of the socialists? Perhaps – that is their call. Because truth of the matter is their nakedness is all they are left with. Their desperate need, their total vulnerability, their absolute dependence. If that is their weapon, well they need to use it I suppose. But why is that their only weapon? Food for thought.

Politics. Politics in the soup, at the barbeque; in the music and the movies; upon the dance floor and at the beach and over beer. Politics in sports, in FIFA, in the Olympics. In beauty pageants. Politics upon the church pews and in the shaman shrines of the Maria Lionzeros praying to the bent spirit of Hugo Chavez. That’s what did this all – and that is the most important lesson for us. A tribal world – separated into camps; the revolution dividing people into groups and subgroups and then injecting hate and hate and more hate until the society frothed and bubbled with it; until the time was ripe to unleash it against the school’s piano teacher and soccer coach and local panadero. Against neighbors and co-workers and nannies.

Yes, there are lots of lessons here – and we’ll have plenty of time to learn them as Venezuelans stand upon foreign soil in long lines one after the other with plastic bowls stretched out in front of them, the word UNICEF printed across them in pretty light blue.

Do we have the courage to learn these lessons? I’m old enough now to doubt…

Joel D. Hirst is a novelist and a playwright. His most recently released work is "Dreams of the Defeated: A Play in Two Acts" about a political prisoner in a dystopian regime. His novels include "I, Charles, From the Camps" about the life of a young man in the African camps and "Lords of Misrule" about the making and unmaking of a jihadist in the Sahara. "The Lieutenant of San Porfirio" and its sequel "The Burning of San Porfirio" are about the rise and fall of socialist Venezuela (with magic).
View all posts by Joel D. Hirst →
This entry was posted in Liberty, Uncategorized and tagged Communism, Freedom, venezuela. Bookmark the permalink.

1 Response to Venezuela’s Civilization is Over: What Lessons Have We Learned?