Perhaps There Were Fewer Words…

It is always enlightening to read about a thought when it was still in its infancy. We have grown old and all our ideas with us; our world of words is somehow grown fastidious – bombarded as we are by so many opinions. Not thoughts – opinions in the information age are not thoughtful; product of our ‘divided attention’ as they politely call our channeling the carelessly crafted impressions of others, our phones become smart even as we, dumb. It is said that Thomas Jefferson, when old, would read for three hours in the morning, eat lunch with exactly three glasses of wine, play with his grandchildren and retire to read again for three hours as the dusk gave way to Monticello’s muted twilight. Madison is rumored to have sent away to the vast and remote reaches of a world that was still wide, calling to himself treatises on governance and the organization of states which he poured over in his second floor study of Montpelier, letting the words organize themselves in his mind long before setting his pen to that most sacred of tasks. 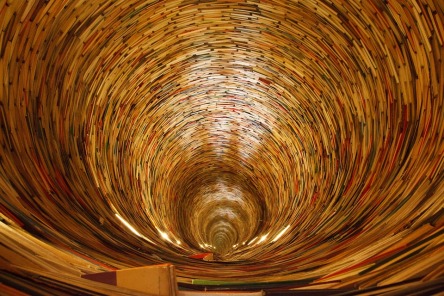 But perhaps there were fewer words back then … when ideas were new and exciting and the arrogance of ignorance not as proudly worn. Perhaps because literacy was something to be earned, something rare – studied at seminaries and tested by the dons of ancient colleges; rhetoric and theology and logic and Latin giving way at last to quills timorously applied to paper. They read the Bible those days, back when ideas were new – measuring themselves against the words written in Hebrew upon parchment in the misty days of prehistory. Of course nobody reads the Bible anymore; that most ancient text has been the cruel victim of a bait and switch, where abiding truths are branded tired prejudices to be discarded by one-hundred and forty characters feverishly tapped by the fingertips of an idiot seated precariously atop a porcelain throne.

But back when ideas were new… I’m currently reading “What Is To Be Done”, a novel written in the mid-19th century by Nikolay Chernyshevsky (review forthcoming). Chernyshevsky was a feminist and a socialist – and the man who radicalized Vladimir Lenin.

Can you imagine becoming radicalized by a novel? And a Russian novel, to boot – Tolstoy making Rand look succinct. In our days of “Violent Extremism” – along with all the other ‘isms’ poured by sullied hands into empty minds – ‘radicalization’ they say is done through firing the kiln of hate until it glows yellow and pure and burns away reason through a process which requires speed and violence. Novels are not good vehicles for the delivery of such hate, they move too slowly and the fire they create does not consume – which is perhaps why communism abides, embedded as it is in so many old books.

I have recently finished a scene in Chernyshevsky’s novel when the protagonist, a woman named Vera Pavlovna, who has emancipated herself from her parents and an unwelcome marriage into nobility, is finally free to construct the world as she would. She makes a simple seamstress cooperative, a profit sharing venture where all are equal owners and the business becomes a surrogate family for the wretches who otherwise would not find a place. As I read the simple description of a tired idea, I can nevertheless see in my mind’s eye the slow-burning fire of Lenin’s rage becoming kindled – as word by word, page by page a new construct takes shape and form; dress-makers as the soldiers-at-arms for the brewing class war.

Of course these days the word ‘cooperative’ conjures images of an unkempt eccentric who did linger, ambling naked through his overgrown tomato patch as his aging flesh spots and sags. And socialism? Bonfires of human flesh beside a bread line; because we know better.

Except when we don’t; because evidently we can no longer read. And it all starts over again.

Joel D. Hirst is a novelist and a playwright. His most recently released work is "Dreams of the Defeated: A Play in Two Acts" about a political prisoner in a dystopian regime. His novels include "I, Charles, From the Camps" about the life of a young man in the African camps and "Lords of Misrule" about the making and unmaking of a jihadist in the Sahara. "The Lieutenant of San Porfirio" and its sequel "The Burning of San Porfirio" are about the rise and fall of socialist Venezuela (with magic).
View all posts by Joel D. Hirst →
This entry was posted in Liberty, Literature, philosophy, Uncategorized. Bookmark the permalink.