One of the strongest criticisms which the journalist and writer Edmund Fawcett (whose excellent book I reviewed only yesterday) had of the Nobel Prize winning economist Friedrich Hayek was the latter’s conflation of ‘advances’ in modern science and his juxtaposition of these atop social and economic theory in an attempt to make a point. Specifically, this related to the use of evolutionary ‘survival of the fittest’ ideas to attempt to describe the creative destruction processes of spontaneous order as laid out in his book “The Fatal Conceit”. Despite my immense regard for Hayek’s genius, I agree here with Fawcett’s point. Hayek’s painful contortions in an attempt to marry two disciplines which are unrelated – natural science and human economics – was pained and ultimately unsuccessful.

In my book on Venezuela’s Bolivarian Alliance, back when that failed construct was still a ‘thing’, I wrote a chapter on Hugo Chavez’s economic model which was then called “Socialism of the XXIst Century”.  This idea, as introduced by the Mexican sociologist Heinz Dieterich, goes something like this: “We couldn’t get our centrally planned economic model to work last time because we didn’t have enough information, and it was too slow coming in to allow us to be able to plan. But thanks to the computing power of the microchip, we’re sure that this time we can make the algorithm work.” Advance in computation technology means we will receive a corresponding advance in planning capacity. We all know how that went; bonfires of human flesh beside a bread line. 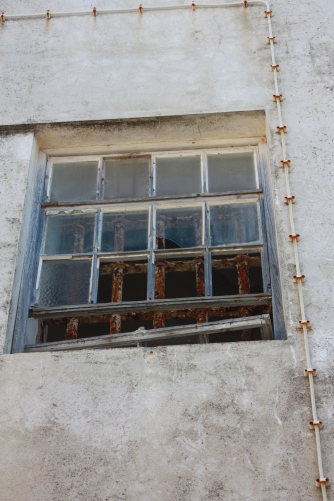 Utopians will be utopians.

The lesson here remains that too often intellectuals are allowed to conflate disparate disciplines to their own advantage, without being called on the inconsistencies. Nobody is a greater culprit than the socialists and their ‘progressive’ movement. Taking unprecedented technological advancement and applying those ideas to moral and societal constructs, each generation they re-attempt to make the case that those too should change as fast as does the speed of the WIFI which connects them.

I was recently scanning the news and an article caught my attention. It was referencing the proposals of ‘e-democracy’ in places like Europe and Argentina to combat the crisis of confidence that the ‘west’ is having in our liberal model. Intrigued, I followed the conversation, taking me to DemocracyOS, a crowd-sourcing platform for elections, which took me to YouTube where the founder of Argentina’s “Internet Party” was giving a slick TED Talk presenting her vision for the future of her country; and then on to the party platform. And there it was: direct democracy, a new economic model, the city and its primary social function, educational transformation, investing more where there is less.

The utopians are at it again – this time using flashy viral ‘TED Talks’ and the internet to attempt to re-package for sale the moldy old idea of communism. Latin American politics is like this – which makes working in politics on the continent sad and hard. Every advance in vehicles, in mechanisms, in methodologies, in technology is seen as another chance to peddle that most tired of failed ideologies.

The main problem here is that people mistake the polished veneer of the packaging for a genuinely new product; a beautiful IPhone 8 case hiding a flip-top Nokia, to be consistent with the metaphor. But too often, by the time the Nokia sees the light of day, the product has already been purchased.

And there are no returns.

Joel D. Hirst is a novelist and a playwright. His most recently released work is "Dreams of the Defeated: A Play in Two Acts" about a political prisoner in a dystopian regime. His novels include "I, Charles, From the Camps" about the life of a young man in the African camps and "Lords of Misrule" about the making and unmaking of a jihadist in the Sahara. "The Lieutenant of San Porfirio" and its sequel "The Burning of San Porfirio" are about the rise and fall of socialist Venezuela (with magic).
View all posts by Joel D. Hirst →
This entry was posted in Liberty, Uncategorized and tagged Communism. Bookmark the permalink.