The Politics of Everything

Do you love your life, and all its riches?

Have you ever read a novel, turning page after page after page as your bedside clock ticks away the seconds, the minutes, the hours; anxiety at tomorrow’s exhaustion an insufficient motivator to quell that craving in your consciousness to answer the burning questions ‘What is next? Who did it? How can it possibly end?’ Have you watched a movie, popcorn rendered powder in your grip as the panic of the moment overcomes you? Forgetting even to breathe lest you miss that revelation, the building crescendo holding you tightly, powerlessly – possessively. Have tears streamed unchecked down your cheeks as young love is lost? As the gladiator is defeated? As the spaceship explodes? Have you ever yourself been young, your last dollar securing the ticket which guarantees entry into that world beyond the curtain where anything is possible; seated beside her, dressed in your finest – a tie and jacket, shirt pressed, cologne wafting into your eyes. Did you sit, clenching your stomach afraid even to breathe against the purity of the power of the Phantom or Val jean? Elegance and austerity beside a nascent passion; comfort and companionship next to a timeworn love, grey perhaps but not stale or dry but instead mature like a fine wine. Voices, stories – dreams.

Have you ever sat on a bar-stool cheering on your team, lubricated by the fine spirits of camaraderie – screaming until your lungs ached and your voice was hoarse, desperate for victory not because it matters but because it matters not at all? The raucous tenseness as the seconds of the timer count down, the silence before the explosion when finally the buzzer slices through the thickened air. 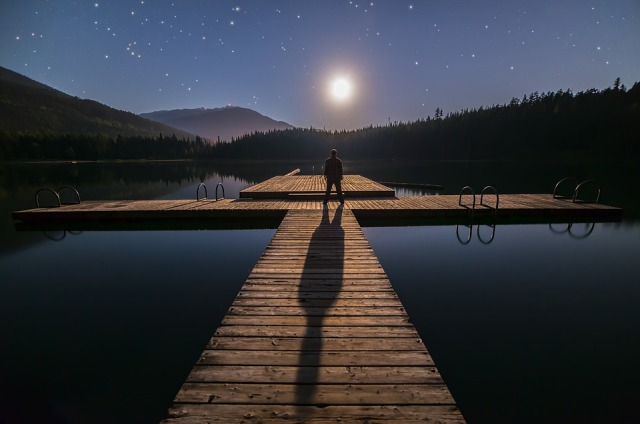 Have you worshiped your God, lifting your voice higher and higher to touch the almighty? Have you served the poor? Have you given to the needy? Have you embraced the homeless; taken the unwanted into your homes; surrendering more than your share to those who do not, who cannot deserve it – and has doing so filled you with joy?

Have you listened to the anthems, considering so great a sacrifice; hiked the purple mountains of your lands and marveled at their beauty? Have you skied the storied slopes? Have you bathed in the temperate waters, ignoring the transient affiliations of the beach-goers, irrelevant against the blanketing sun? Have you reveled in the power of the written word without having to ask yourself to what service they are surrendered?

Have you lived your life? And do you love it?

This is what they would take from us – those who think in groups, and invite you to do the same. They would ask you to look around the congregation to demand not if the Lord is found there, if His spirit is moving and His grace is sufficient, but instead to answer that most miserable question of all “For whom did they vote?” They mandate that before you watch that movie you consider party; as to entertain – to stand between – loses its great calling. They require that you choose your champions based not upon reasons that arise from birthplace or camaraderie, colors or community but instead petty, partisan politics.

Politics. It is everywhere these days, isn’t it? In the chicken sandwich; in the Broadway Theater; in the church pew and most recently in the bar beside the plate of Nachos and lite beer as you celebrate your lineup. Politics in the soup; politics for breakfast and lunch and dinner; politics on the Wheaties box and in the Disney cartoons. Politics during “Top Forty” and on the front of the sports section and in the comics. Politics, that spiked club with which the unenlightened beat each other. I, for one, have had enough. I want to watch a sunset without seeing red – I want to choose a novel without wondering if my dollar is to be used to do me harm – and I wish to enjoy my team as a moment of respite, to revel in a contest which is not existential, which does not empower those who seek my downfall.

I want to live my life free of those who would poison the fountains of happiness in my grumpy old republic. Is that too much to ask?

Joel D. Hirst is a novelist and a playwright. His most recently released work is "Dreams of the Defeated: A Play in Two Acts" about a political prisoner in a dystopian regime. His novels include "I, Charles, From the Camps" about the life of a young man in the African camps and "Lords of Misrule" about the making and unmaking of a jihadist in the Sahara. "The Lieutenant of San Porfirio" and its sequel "The Burning of San Porfirio" are about the rise and fall of socialist Venezuela (with magic).
View all posts by Joel D. Hirst →
This entry was posted in America, Liberty, philosophy, Uncategorized and tagged politics. Bookmark the permalink.