I’ve given up on Facebook. And Twitter. I never LinkedIn – wasn’t sure what I was supposed to be linking to; nobody that I know has ever found anything worth finding by connecting with other ‘professionals’ desperately trolling social media in our post-work world. I don’t WhatsApp (whatever that is); or Flipboard (I did try that for a moment). To be sure – I still write, as you are certainly aware, so WordPress is important. I suppose I could just jot down things on a yellow legal pad, ripping out each sheet to place under my pillow – but what good would that serve? No, I use a computer – a complete troglodyte I am not; not for lack of desire mind you. I should caveat all this, saying that I still use some of the aforementioned tools to share my work with others. A writer has to be read – that’s sort of the point after all. But a life lived “online”? It didn’t last.

My epiphany came when my little four-year-old poured a bottle of a “potion” he was making, containing mostly baking soda and water and food coloring, onto my computer. The apocalypse!!! I was upset, naturally – it is where I write, after all (since then I’ve been squatting till I can get back to America). But then after my vision faded from red, slowly and steadily I began to experience – wait for it – tranquility. I realized that my newfound avoidance of the equivalent of a drunken argument at 7:00am over morning coffee left me in a better mood for the day – #RiddleMeThat (see, I can even #hashtag. Maybe I’m not a total brute…). I learned long ago that my writing is superior in the early morning, Wi-Fi turned off, coffee in hand. My best writing is when I’m jetlagged – at 3am things are quiet and calm, night is dark and channeling the great minds with which I must connect to write is easier then; for one glance at the angry ejaculations of the know-nothings rends asunder the stillness. I have since extended this serenity to other areas of my life owing to a waterlogged computer – and with tremendous result. 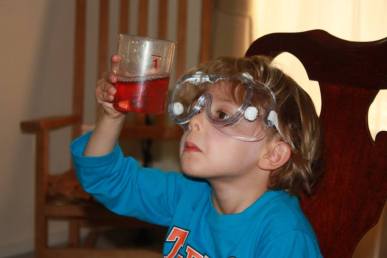 Social media (Note: I’m not extending my rant to all-things internet based. Netflix has saved my life, sitting as I do most nights in unqualified West African boredom; and Amazon has brought my tiny dog her Veterinary Choice Purina dogfood – bless you Jeff Bezos) was supposed to make our lives better. Interconnectedness – that was going to give us a real existence: beyond the limited confines of our flesh and blood, temporal and spatial state of being. The “sharing economy” people like to call it – a misnomer if there ever was one. I’m teaching my little boy to share, which doesn’t involve charging his diminutive friends for the use of his treasured plastic T-Rex. It’s actually sort of the extension of our voyeur economy. But instead of celebrities hawking nude selfies and the stories of their sex lives, it now means strangers on ‘vacation’ pawing through my wedding pictures and eating off my good china. But I digress.

This new ‘virtual’ world is somewhat of a disappointment – the words vapid and self-absorbed come to mind. A world where you can chat with a CEO on social media but can’t get a job interview. Where you can hawk a ride in your car or a room in your house or crowdsource your jerry-rigging of a toilet but your sense of value, that is elusive. Where there is so much ‘news’ that the word has become hollow – where noble old houses have taken to peddling made-up stories in a desperate attempt to increase their CTRs (click-through-rates; see, I did it again!!). It turned out to be worthless – all that information did – our “Tyranny of Experts” whose sense has not been common in a long time. Let me bring you in on a secret – coming as I have from the think tank world. Those people you see on CNN, on Fox News, on MSNBC? They have no idea what they’re talking about; most of them pass the time in the hallowed halls of power in a cold sweat; “hustling” for the next gig, the next appearance, the next “social media mention” to prove their worth. To whom?  They cannot stay. Trust me, I have known many of them; and in our new workless world, they are always the first to go hungry.

At any rate, as quickly as we opened our laptops, we lost our communities. Our relationships became one-dimensional. I’m sort of binge-watching Star Trek right now (Netflix again). The crew spends lots of time in the holodeck – there’s nowhere else to go (Voyager’s Delta Quadrant is probably a lot like West Africa). There they bask in the fake sun on the fake beach for a time; but after a while food that does not nourish, cold that does not burn, drink that does not inebriated – relationships that do not exist lose their appeal. They are empty, because they are not dangerous, are not fulfilling, are not real. Turns out that the conversations, absent the feel of warmth from a fireplace; the smell of a bouquet from a glass of wine; the agitated din of a football game going badly – the look in a friend’s eye that tells us more than does his words – are unsatisfying. Heck, even e-book sales are down; people have realized it’s like reading a long angry email, bereft of the feel of the pages and the smell of the ink and the aged paper.

Back to my post-Facebook peace. Our online Agora too has been a disappointment. A self-selecting – biased echo-chamber has led everybody to the edge of a cliff, lemmings out for a midnight run. Comfortable, #MuteBlockReport for the trolls, the replacing of real discussion and debate with insults hurled over great distances without thought or consequence. I’ve come to realize belatedly what the anti-Trump tantrum has been doing to me. The over-the-top meltdown could have been almost fun if I was accompanying my apoplectic ‘friends’ in an epic bender – beer and shots in the local tavern, a raging hangover highlighting a comedy of frustration to tell people about when they sobered up: cheekily and with not-a-little embarrassment. But absent the brawl, the contact, the context, it only seems adolescent, making people I know and have respected seem smaller. Making me sad and too often angry – too much information that we can’t do anything about – too many people competing in diminishing returns for cyclopean variations of outrage, heavy on hyperbole to try and stand out among the one-dimensional avatar community of the ever-aggrieved. I’d rather be ignorant of that side of things, and people.

Of course the irony that I’m posting this on my FB and Twitter feeds is not lost on me. Of course I still check them for news of loved ones who are far away and causes I care about. It’s about balance, and intent. In Dostoyevsky’s “The Idiot” there’s an epic scene that takes place in the house of Nastasya Filippovna, the troubled temptress, where a group of St. Petersburg’s noble Russian families vie for her attentions. In England J.R.R. Tolkien would meet every week with C.S. Lewis and the other “inklings” to drink and argue and read poetry. Gabo met at a cafe in downtown Barranquilla with other would-be-writers to commiserate. I can’t imagine any of these scenes playing out online.

But enough of my ramblings. For those who are reading this, some advice. Go to a nephew or grandson with a penchant for science projects and hand him an old water bottle, food coloring and baking soda. He will make your life better. Mine sure did.

Joel D. Hirst is a novelist and a playwright. His most recently released work is "Dreams of the Defeated: A Play in Two Acts" about a political prisoner in a dystopian regime. His novels include "I, Charles, From the Camps" about the life of a young man in the African camps and "Lords of Misrule" about the making and unmaking of a jihadist in the Sahara. "The Lieutenant of San Porfirio" and its sequel "The Burning of San Porfirio" are about the rise and fall of socialist Venezuela (with magic).
View all posts by Joel D. Hirst →
This entry was posted in America, Uncategorized and tagged life, politics, work, writing. Bookmark the permalink.

5 Responses to Our Disappointing Online Agora