A Birdwatcher, A Writer – and “Seeing”

I have a friend who is a committed birdwatcher. Everywhere he goes he takes the time to first prepare, leafing through birding books on the airplane while others are watching movies or reading candy fiction. “The reason I started birding,” he told me once, “wasn’t because I had a special passion for birds; at least not initially.” He went on, “I took up birding, because I found that it helped me see. I started looking closely, not only from where the sound came, atop a pole or inside a hole in a cactus – but also trying to guess what kind of bird it was. Whether it was male or female; old or young; strong or weak or dying. It was in those moments that I also saw the world around me in sharper relief; clearer and with greater compassion. The old woman selling pastries by the street; the child walking to school, tiny backpack bursting with knowledge. Life.”

I’m perhaps paraphrasing a little, but what he said struck a nerve. Because the reason that my friend ‘birds’ – well that’s the reason that I write. Because it helps me see the world around me – not only the passing currents of politics and violence and suffering – but the unseen things; undercurrents of history and meaning. As I wrote “Lords of Misrule” I found myself understanding better the history of Islamic dynasties, caliphates old and newer as they crashed upon the harsh sands. Tuareg mysticism and tradition, customs and conspiracies. The lives not only of people powerful who shaped the world, but also the unknown as they too sought that most human of rewards – significance. And as I penned the second part of my “San Porfirio” series – “The Burning” – I entered the jail cell that Leopoldo Lopez would occupy as I tried to dream of a world after the madness and the suffering, trying to understand what it must be like to be imprisoned; and how would I imagine finding my own acceptance in that greatest of injustices. In my newest novel “I Charles, From the Camps” I write in first person about an African boy who grows up – fighting anonymity to become a man in the only way he is permitted; and how that hunt for meaning destroys not only him but all those around him.

I wrote once about a suicide – because I saw one playing out before me; not of an individual but a whole civilization. I have written about changing tides in my own country – as something old passes away and something new and uncertain, but nevertheless exciting and stressful comes of age. I have written about violence lived; I write a lot about books I read – because books let me see events not only through my own eyes but the eyes of those who might have lived through something that also made them question who they were, and why. 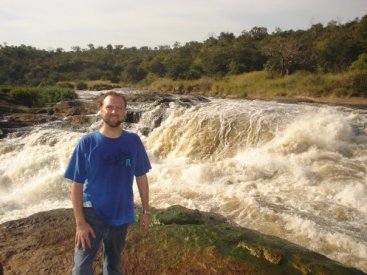 I have sometimes made people uncomfortable – and I don’t apologize for that. I learn the most when I, too, am uncomfortably challenged. Sometimes I write from a place of tremendous sadness; or frustration; or even, yes, despair. My worst writing comes when I am angry – and for that I do apologize to those who have had the courage to point out that I am better when I do not permit the storms that rage above to affect the serenity of my pen. You know who you are.

And for all of you, I want to thank you for accompanying me on this, my life’s journey. Who take time out of your busy day to learn with me as I learn; to experience something through my eyes; to chastise me when you find I have strayed – companions all.

Somebody who once reviewed “The Burning of San Porfirio” wrote that it resembled to them “…a modern day, secular Pilgrim’s Progress”. That was not only a tremendous compliment – considering it was what I was clandestinely trying for – but also because that’s how I see life. Granny in “Downton Abbey” once said “…life is one series of problems after another, and then you die.” It is how we face those problems, how we respond to them, how we learn from them and grow from them and eventually move past them – that defines our character (or lack thereof).

Back to my friend the birdwatcher. Just as he found that “seeing” the birds in nature pushed him to see other things; so too in researching, reading, watching and finally writing I hope to see beyond the day to day to our amazing, epic story of humanity. Because it’s in understanding our humanity that we, together, might ever hope to find our way.

Joel D. Hirst is a novelist and a playwright. His most recently released work is "Dreams of the Defeated: A Play in Two Acts" about a political prisoner in a dystopian regime. His novels include "I, Charles, From the Camps" about the life of a young man in the African camps and "Lords of Misrule" about the making and unmaking of a jihadist in the Sahara. "The Lieutenant of San Porfirio" and its sequel "The Burning of San Porfirio" are about the rise and fall of socialist Venezuela (with magic).
View all posts by Joel D. Hirst →
This entry was posted in Literature, Uncategorized and tagged writing. Bookmark the permalink.

1 Response to A Birdwatcher, A Writer – and “Seeing”