If You Don’t Read Books…

Is the current bloodshed in Syria the final battle of the First World War; or the first battle of the Third? And related to that, why is the House of Saud the center of the Arab world, and not the Hashemite Kingdom descendant from the Sharif of Mecca? Do you know where the word ‘assassin’ comes from, and why a death cult hidden in a fortress high in the Persian mountains caused the Mongol invasion of Baghdad, the sacking of the House of Wisdom and the end of the Islamic Golden Age? Is Iran to be trusted, or are they engaged in Kitman with the United States, with us playing the role of the “miserable blind man shut off from the true path whose existence (we) do not suspect?” Why does socialism always fail, in spite of making us feel so good; and why do intellectuals ignore this? What is Austrian economics; and why are the “Austrians” never part of macro-economic syllabi? And what were Hugo Chavez’s hemispheric plans and how were they inspired by a 200 year old legend?

If you don’t read books, you won’t know.

That is the contention of Peggy Noonan’s commencement address at Catholic University in Washington DC. “History is human,” Noonan says in her eloquent, folksy fashion. “History is not dry dates and data, and it is not gossip or cheap stuff, it is human beings acting – sometimes heroically, sometimes inadequately or wickedly – in real time.”

True. But, of course this begs the more important question – why do you need to know? Wouldn’t we all be just as happy watching episodes of “Two and a Half Men” with a pint of ice-cream before going to bed? Noonan’s answer, “If you cannot read deeply you will not be able to think deeply. If you cannot think deeply you will not be able to lead well.” Because, “…all of you deep down, in whatever areas and whatever ways, hope to lead.”

The truth of the matter is that modern universities are not in the business of leader-making. Our leaders these days come from other places, or other times; because our institutions of higher learning have turned their energy to licensing managers to serve as the officers of our managerial oligarchy. According to Patrick Dennan, students these days are “…the culmination of western civilization, a civilization that has forgotten nearly everything about itself, and as a result, has achieved near-perfect indifference to its own culture.” But why, why are our ivory towers these days busy molding their charges into perfect “know-nothings”; devoid of opinion and culture and preference and innovation and curiosity? The answer is because we are preparing our young men and women to slip seamlessly into the massive bureaucracies of our colossal planned world. We are training them to receive the highest marks from the human resources department; for outstanding “360 degree” reviews and to have the perfect habits necessary to be highly effective. In managerial bureaucracies there are no leaders, because there is no need for leadership. Inertia will do; momentum – because the direction is no longer in doubt, at least so say the elites. Its effective managing we need. The inhabitants of “the end of history” can be found sharply dressed in perfectly pressed suits sitting for just the right amount of time in their pristine cubicles before lunch, eating a turkey wrap in their immaculate cafeterias.

My main contention, no offense to Peggy, is that we all need to stop telling the “know-nothings” that sitting anxiously through four years of “safe space” discussions and “anti-racist sit-ins” entitles them to lead. We must tell them the truth – at best they will be the next generation of managers; for that is the certification to which they are preparing. Leave the expectation to leadership to those who are willing to say uncomfortable things and think uncomfortable thoughts – to be sure many of which are, indeed, found in books.

So my suggestion, not that anybody should care. Read books – not because you want to be a leader, but because you want to understand, to make common cause with the world around you. Because you can’t really feel without having read Robert Frost. You can’t truly love without knowing Emily Dickinson. You can’t really sorrow ignorant of Poe. And you can’t really believe without reading the Bible. Read because you have a natural curiosity – because you do not accept the version of things you are given by other know-nothings on the assembly-line of your education. Because enlightenment is found along the rolling road of wonder, a road paved by words in print upon a sea of white. Because nothing is new under the sun; and because castles are layers upon layers upon layers of stories, like Peggy says, of humans. Blood and sweat and the acrid stench of fear; violence and defeat and victory – from those who were not content to be managers.

Then, whether you lead or not, your lives will be enriched by the only hunger that becomes more voracious the more you feed it. The hunger to know. 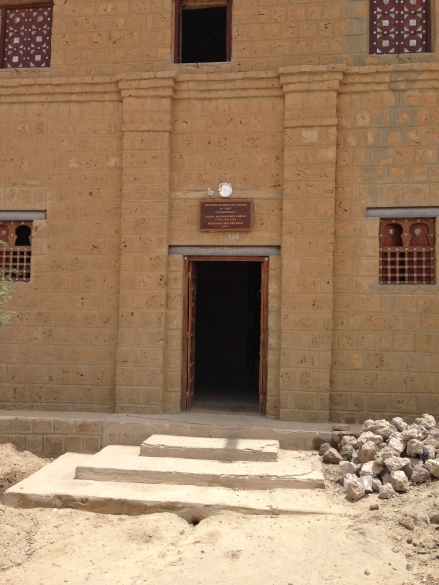 An Old Library in Timbuktu

No, you probably won’t be leaders. You won’t be writers either – that requires way too much failure and self-doubt than the know-nothing’s can muster. But you might very well be line managers for the new world order. If you read books – you’ll begin to understand why.

Joel D. Hirst is a novelist and a playwright. His most recently released work is "Dreams of the Defeated: A Play in Two Acts" about a political prisoner in a dystopian regime. His novels include "I, Charles, From the Camps" about the life of a young man in the African camps and "Lords of Misrule" about the making and unmaking of a jihadist in the Sahara. "The Lieutenant of San Porfirio" and its sequel "The Burning of San Porfirio" are about the rise and fall of socialist Venezuela (with magic).
View all posts by Joel D. Hirst →
This entry was posted in Literature, philosophy, Uncategorized and tagged knowledge, writing. Bookmark the permalink.

11 Responses to If You Don’t Read Books…