Are you getting tired of being lectured by Hollywood know-nothings? It got old for me a while ago – mostly because I’m smarter than they are and am really put off by stupid people who think they are saying something insightful. My real problem is that I’ve always had trouble compartmentalizing entertainment from politics from faith from actions and beliefs. Consequently, I can’t go to the movies anymore; I refuse to spend hours of my life pretending this or that idiot didn’t just champion this or that idiocy. Further, I refuse to fund the know-nothings’ rants. Alas.

I’m talking of course of the evangelization of the progressives’ new creed. The death of objectivity; the end of reason; the denial of natural rights; the advance of extensive and overlapping theories of victimization based upon tribalism that this week is called “intersectionality”. All the unending experiments in ‘cultural Marxism’. Not to be confused with traditional economic Marxism – “the branch of knowledge concerned with the production, consumption, and transfer of wealth” as dictionary.com defines it. No, that was boring for the know-nothings – too much math – and didn’t work anyway; the workers never revolted, the American society was too upwardly mobile to make violent revolution attractive. Cultural Marxism is instead the advance of a new ‘fifth column’ of communists led by “…two Marxist theorists, Antonio Gramsci in Italy and Georg Lukacs in Hungary (who believed) western culture and the Christian religion had so blinded the working class to its true, Marxist class interest that communism was impossible in the west until both could be destroyed.”

No, I don’t think all of this is some master conspiracy by the Russians (although I’m getting immense mirth from the progressives’ attempts to blame Russia for America’s recent dramatic return to sanity – as if that’s something Russians ever hope for). Sure, there are some masterminds who still believe in Marxism – Noam Chomsky and Bernie Sanders – but most of the know-nothings haven’t even heard of Gramsci, or Lukacs or the Frankfurt School. Nor do they need to – foot soldiers all. Chanting and ranting – taking off their clothes on cue. Devoid of philosophy – because that is hard and takes reading lots of ‘dead white men’, what we’re actually seeing from Hollywood is the emergence of a new religion – acting as a religion often does. It takes a belief set, which need not be based in reality and builds upon it an organization, adding emotions and rituals and sacred objects and symbols to enshrine a “smelly little orthodoxy” as Orwell once said. Never mind that the “organization” this particular religion built over the last eight years was the state – which is why the know-nothings have become apoplectic since it was ‘hijacked’ (their words, not mine).

Back to Gramsci, who may have been the author of the idea “they just didn’t do it right.” The same idea we’ve heard about Cuba, Venezuela, USSR, North Korea – and the list goes on. The enduring excuse of the commies to their tragic parade of failure; their misery marches that extend back over history’s horizon. What Gramsci understood was that the west would never have a “worker’s revolution”. In fact the entire theory of how Marxism would arrive via conflict against the church and the elites and the philosophers – Pol Pot’s communism, Stalin’s communism – in his opinion was flawed. This did not mean that he walked away from the end goals of Marxism, but his experience in Stalinist Russia gave him the confidence to assert that what was happening in the USSR wasn’t “real communism” (heard that before?) and the courage to outline his new approach. He wrote about it in his own manifesto, the “Prison Notebooks” – from jail in Italy where he’d been sentenced to nine years by Mussolini.

“A really efficient totalitarian state would be one in which the all-powerful executive of political bosses and their army of managers control a population of slaves who do not have to be coerced, because they love their servitude.” As Huxley wrote in Brave New World. “Mastery over the consciousness of the great mass of people would be attained, Gramsci contended, if Communists or their sympathizers gained control of the organs of culture — churches, education, newspapers, magazines, the electronic media, serious literature, music, the visual arts, and so on. By winning ‘cultural hegemony,’ to use Gramsci’s own term, Communism would control the deepest wellsprings of human thought and imagination. One need not even control all of the information itself if one can gain control over the minds that assimilate that information,” as Fr. James Thornton writes.

Anyways – Hollywood. The cultural Marxists arrived early to drugs. For themselves – because if there is no right and wrong, because if life is to be judged by ‘feelings’ and ‘experiences’ as the epicureans and existentialist and nihilists told them – then the drugs helped. They are one of the symbols and rituals of the progressives’ new religion – global warming with a side of heroin. Never mind they are bad for you, and kind of addictive – leaving shell-people under bridges, taken and left there by Charlie Harper. They are an essential component in the war against historical morality. What to do now? Unfortunately having lost the schools and universities – our churches empty and echoing and our families decayed by divorce – we’ve sort of lost the strongholds where we were wont to regroup in order to strike back. But things change – so we keep writing and living and working. Making the case for the fullness of life in family; reminding the know-nothings of the tremendously exciting body of knowledge and ideas out there that fill us and make us itch with anticipation at what we will learn next. Reminding people that it’s hard to concentrate when you’re high. 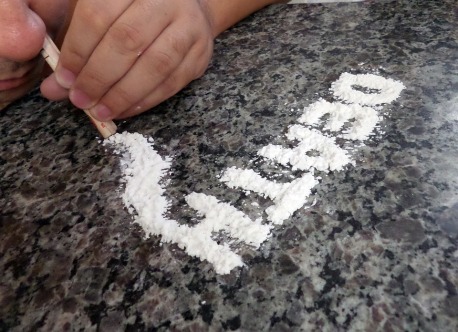 I’m sure the know-nothings reading this find me prosaic. No matter – much more boring is rehab and a return to the basement. For those who think pot will magically transport you to the side of Nancy Botwin and her charmingly amoral life – you’re in for a rude awakening. Drugs make you fat and stupid and poor – remember I told you that, me the prosaic world traveler who is also a novelist.

Joel D. Hirst is a novelist and a playwright. His most recently released work is "Dreams of the Defeated: A Play in Two Acts" about a political prisoner in a dystopian regime. His novels include "I, Charles, From the Camps" about the life of a young man in the African camps and "Lords of Misrule" about the making and unmaking of a jihadist in the Sahara. "The Lieutenant of San Porfirio" and its sequel "The Burning of San Porfirio" are about the rise and fall of socialist Venezuela (with magic).
View all posts by Joel D. Hirst →
This entry was posted in Uncategorized. Bookmark the permalink.

6 Responses to Drugs and Hollywood