Camus “The Fall” – A Book Review

“I always hope, in fact, that my interlocutor will be a policeman and that he will arrest me for the theft of ‘The Just Judges’.”

Seems to me that Camus thought a great deal of himself – which is apparent in this novel as well as in the general approach to life that the existentialists hold. That the purpose of life was not to aspire to grand things – be they big or small – but to bring everybody down to your miserable level. To destroy the “just judges” by proving that nobody is actually just; that everybody is petty and vicious. And that these non-strivers actually control the world’s impressions of the epic men of mind and muscle. As if we don’t know that nobody is wholly good – and somehow revelation of that well-known reality will rock our faith in morality and truth to the core. 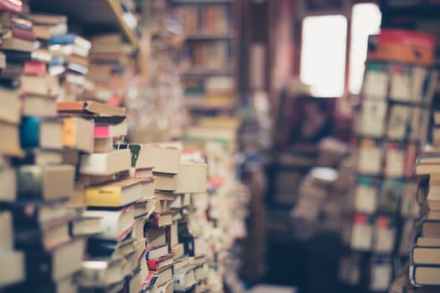 These are the “confessions” of Jean-Baptiste Clamence; protagonist (and narrator) of Camus’ novel “The Fall”. The whole short novel is a monologue, sort of stream-of-consciousness by Clamence who is a lawyer explaining to a new ‘client’ whom he met in the Mexico City bar in a shady part of Amsterdam what his life’s goals and trajectory had been. In a roundabout, indirect way Clamence described three periods of his life. The first was when he was trying to find his relationship with the world through excessive ‘faux’ kindness. But this did not fill him. Next he tried viciousness, but that still did not define his ‘existence’. Finally, he arrives at the third idea – set himself up as a corrupter of the un-corruptible; bring everybody to his miserable level; prove that there are no “just judges”; and thereby find ultimate power.

An ode to amorality. I’ve never loved existentialism. Even in my sophomore-in-college days when the nihilism might have appealed, should have appealed, I just never got into it. My fancies always took me into the epic words of Tolkien and Lewis and Rand where heroic great people fight terrible evils; not the existentialist nothingness.

Nevertheless, the book is an important one and I’m glad I read it. It made me think, I’m all into that. Also, showed me that even a weird stream-of-consciousness novel that is just sort of verborreah can be considered a classic. This is good news, my newest novel “From the Camps” (provisional title, not yet released) is sort of existentialist I suppose in a very dark – “African violence” kind of way. And its first person and also sort of ‘streamy’. Maybe ittle be a hit too.

Joel D. Hirst is a novelist and a playwright. His most recently released work is "Dreams of the Defeated: A Play in Two Acts" about a political prisoner in a dystopian regime. His novels include "I, Charles, From the Camps" about the life of a young man in the African camps and "Lords of Misrule" about the making and unmaking of a jihadist in the Sahara. "The Lieutenant of San Porfirio" and its sequel "The Burning of San Porfirio" are about the rise and fall of socialist Venezuela (with magic).
View all posts by Joel D. Hirst →
This entry was posted in Book Review, Uncategorized and tagged camus, existentialism, writing. Bookmark the permalink.

4 Responses to Camus “The Fall” – A Book Review