Those are the only two writers for a print daily that rational people would spend hard earned money to read. Even George Will went off the deep end this year. Of course, Mr. New York Times Executive Editor, that leaves you with a problem. Namely, neither Noonan nor O’Grady write for the Times. 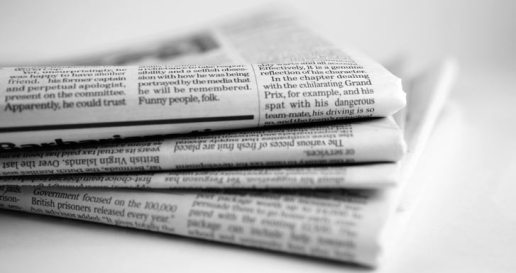 First, let me tell you what not to do. Don’t write a half-baked “we blew it”; pretending that your error was akin to forgetting an ingredient or two in a recipe for cookies in your homemaking section (if that still exists – I don’t read the Times). You used your hard-built reputation to try and torpedo the candidate of a major political party in the most important democracy in the world by writing lies, half-truths, and spin worthy of Salon.com or one of the other online rags, of which we expect no better. Worse still, you failed. Own it. Second, don’t send Nicholas Kristof scampering off to discover warm water; writing about how amazed he is at realizing that universities are biased to the left, and intolerant to evangelicals (granted, this article was from May). It looks disingenuous; which is only slightly better than looking downright lost. It also isn’t helpful to deploy Frank Bruni to write a piece about how we conservatives are hurt and confused – trust me, we are neither.

So, again, what to do? You could resign. There isn’t enough of that in American culture, I’ve always felt. When David Cameron royally botched #BREXIT, he had the courtesy to walk away. Saved his party from having to try and figure out what to do with him; and it empowered the British people to own their decisions. Most importantly, it was good faith – because everybody, including the former Prime Minister, knew that he could not put his whole heart into #BREXIT; he didn’t believe in it. Same thing happens quite often in Japan, Israel – and a lot of other places, when you lose the confidence of your constituents. In the case of the Times, let’s call them – oh how about customers, those you tried to bamboozle. Barring that gesture, at least – Mr. Executive Editor – you could bring on some writers from different points of view. Because – let’s be honest – Krugman will never be able to fairly cover classical liberal economics; neither will Friedman give due merits to the current Jacksonian isolationist trends.

Heck, I’d take a job – that would be fun, if I would be allowed to write what I know to be true.

Oh, and stop your news reporters from editorializing. If we wanted spin, we’d take a class.

Finally, let me digress for a moment. Because I think it’s important that you know, Mr. Executive Editor, that it’s not condescension we’re looking for. It’s not that you’re right – and we’re just too stupid to realize it; and it will take time and you’d better be sensitive to our ignorance while we “get there.” It’s that, just as you think you’re right, we know that we are. How to build prosperity; how to construct a country that is fair and just and honest; how to end wars and increase prosperity. How to stitch a social fabric that is vibrant and inclusive and that stands the test of time. These things you have failed to do – but we know how to do them. Let us. Take it from me – at least – whose credentials you should recognize. I have a Masters Degree from one of your elite universities. I was a fellow at the Council on Foreign Relations. I, with another 2% of applicants, passed the grueling Foreign Service Officer admissions process (a job I turned down for the same reasons I don’t read the Times). I am a polyglot; an internationalist – well traveled; and with more foreign policy successes under my belt than a roomful of diplomats. A published writer, including three novels in three different languages and a viral blog (this one).

Oh, and incidentally I’m a believer in classical liberal “Austrian” economics; I’m pro-life; and a creationist – and a proud graduate of Moody Bible Institute.

We are all Americans, Mr. Executive Editor. We may not agree on much; but this grand patch of earth is a land that we fought for – that I have bled for. That I call home, just as you do. That I mourn for – that I believe in. And that I love. My faith is very much a part of all of that. My grandpa was a preacher; ministering to people in out-of-the-way places; making his communities better. My parents, missionaries. These are not beliefs I cling to, but that nourish me and provide me a foundation from which to understand how to build a world more abundant, and reach for the stars. You may think we are wrong – but so we to you. Are we at an impasse? I don’t know – why don’t you listen to us more; maybe you’ll learn something. And then, somehow, we can chart a path together – like we used to.

Joel D. Hirst is a novelist and a playwright. His most recently released work is "Dreams of the Defeated: A Play in Two Acts" about a political prisoner in a dystopian regime. His novels include "I, Charles, From the Camps" about the life of a young man in the African camps and "Lords of Misrule" about the making and unmaking of a jihadist in the Sahara. "The Lieutenant of San Porfirio" and its sequel "The Burning of San Porfirio" are about the rise and fall of socialist Venezuela (with magic).
View all posts by Joel D. Hirst →
This entry was posted in Honor, Uncategorized and tagged politics. Bookmark the permalink.

2 Responses to No, NYT, Mea Culpas Ain’t Gonna Cut It