“There’s a specter haunting Europe – the specter of communism.” With these words Karl Marx began a global political movement that would end up taking more than a hundred million lives; that would destroy families and ravage countries prosperous and poor. The specter, a darkness that feeds on the mindless in the night; envy, hate, retribution – revolution – then gluttony and squander when at last their malice prevails. No healthy behavior there; denial of self always produces aberrations. This old specter is still a persistent danger even now; whitewashed, repackaged and resold as a better way, when we all know it is not. Like Voldemort – it keeps returning and returning until you just don’t have the energy to care about the next chapter, the next book. 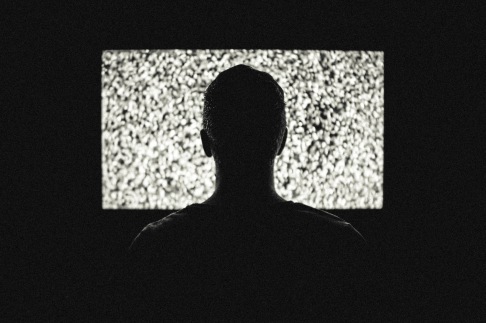 There’s a new darkness haunting the world today. Terrorism, naked and unashamed – seeking to strike fear in order to obtain power. A terrorism of the mind – because the terrorists lack great minds. When you can’t think, it’s always more comfortable to stop others from doing so; like the communists did. They have no place of their own, the terrorists don’t – not lawfully, not legitimately. We know how they would act if they did. Like communists old and new have their bread lines, their gulags and their molding, rotting buildings inside which the people cower from their neighbors – the jihadis have Raqqa and Mosul; had Timbuktu, Kabul and Fallujah. Cages full of burning girls; beheadings; throwing people from buildings; handless people walking the streets; quiet places, bereft of music or laughter or love; torture chambers under hospitals full of starving children and the wounded product of a fight that they will never stop – because their ideology has nothing else to offer.

I’ve been told I write too much about the darkness. My San Porfirio series is all about the darkness; my upcoming novel Lords of Misrule is too, as is my first play, Dreams of the Defeated, which I’m still awaiting the courage to publish. Write too much? How could I not? It has been my companion for so many years that I’ve come to know it well. From the overflowing camps: the starving in Africa’s World War, to Chad and Mali and Kosovo. To the rape of self by Europe’s specter that moved south when it was no longer wanted in the lands of Marx. I have contemplated restaurants and hotels I have known, smoking shells splashed with blood leftover from the terrorists. There have been five of them – specifically – restaurants I have enjoyed that were blown up. And two hotels. I wasn’t in any of them – but I could have been – and I have friends that were; and that is sobering. I have sheltered with my son, the popping and explosions a violence too close. I have reached out again, and again and again to friends in faraway places who are still in places of danger – and they to me. #Brussels, #Orlando, #Istanbul, #Paris, #SanBernadino, #Bamako – these are the hashtags of our time that perplex a bewildered, exhausted world.

It leaves a hardened crust around the heart – the violence does; but under it still flows blood that confirms our humanity. I wanted to write today about the terrorism – because I find that it no longer even surprises. Last night, Dhaka – yawn, what else is on TV? The terrorists know this too – which is why their freak parade gets more and more gruesome as each day passes. Someday the world will say enough. Like the specter that haunted Europe – which shuffled off; someday this new darkness will cease to find a place in the imaginations of ordinary people, and it too will end. Alas, that won’t be the “end of history” either, there’s always a darkness – because humanity is a nasty, brutal lot; ever at the service of those who would use any means to secure power; which they – too – will not know how to administer.

Joel D. Hirst is a novelist and a playwright. His most recently released work is "Dreams of the Defeated: A Play in Two Acts" about a political prisoner in a dystopian regime. His novels include "I, Charles, From the Camps" about the life of a young man in the African camps and "Lords of Misrule" about the making and unmaking of a jihadist in the Sahara. "The Lieutenant of San Porfirio" and its sequel "The Burning of San Porfirio" are about the rise and fall of socialist Venezuela (with magic).
View all posts by Joel D. Hirst →
This entry was posted in International Affairs, Uncategorized and tagged comm, Freedom, Liberty, terrorism. Bookmark the permalink.

6 Responses to There’s Always A Darkness